The cartoon war is the best example of the clash of civilizations we have ever seen. The West is convinced that the citizens are free to believe or not to believe a particular religion. The West assumes that the prime minister can't control a journalist or a cartoonist. And the prime minister can't be responsible for their acts which is why he cannot really apologize for their work.

There is another region in the world where it is widely believed that the government has the responsibility to punish those who diminish the name of God - or even those who visualize God in any context. In fact, it does not have to be God: a militant religious person who lived 1400 years ago (peace upon him) is enough. It is easy to see that not much intellectual progress has occured in this region of the world during the last millenium or two. 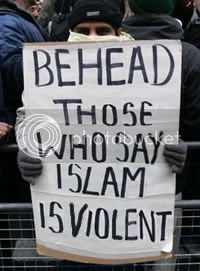 Figure 1: An example of a proof from the first principles

What does it mean to lose the cartoon war? For the West, it means that anyone who draws a picture that others find offensive - even if they live 10,000 miles away - will be fired and may even be killed: everyone will have to be very careful before she draws any caricature or does anything else for that matter. A new era of Inquisition will start if the West loses this cartoon war. For Islam, losing this war would mean something even more catastrophic: namely that the people - at least those who live in the West - will be allowed to draw pictures of the particular medieval person whom some people visualize as a terrorist - a person we mentioned above. ;-)


We often say how the different religions are equally good and all this politically correct stuff. But there are striking differences. For example, Mohammed Al A'Ali explains in The Voice of Bahrain that the insulting cartoons are unforgivable. In fact, this is the description of the situation by two parliamentary blocs in that country that invite people for demonstrations. I apologize but this is an example showing why Islam is inferior in comparison with Christianity. Why it is a religion that could not effectively lead to the modern world - and a religion that may become an example of Darwin's natural selection.

According to Jesus Christ, every sin (and maybe even every cos - except for daily kos) is forgivable. In fact, Jesus can forgive you the most distateful sins you have ever done. The people in the West must forgive sins to each other every day. This Christian principle has become a crucial part of the Western civilization, including its atheist portion. We are continuously learning and identifying our past anger as a mere episode in our evolution towards more sophisticated and modern forms of our culture and towards a more complete knowledge.

Making a picture unforgivable is an evil manifestation of bigotry. It is a method to guarantee that there will be no progress. It is a proof that the person who can't forgive is doomed to be an equally silly fundamentalist until the end of his life. One good consequence of the fact that the pictures are unforgivable is that it makes absolutely no sense to apologize because they won't be forgiven anyway.

When I mentioned the bigot who will be a bigot until the end of his life, it was indeed more appropriate that I said "his life" and not "her life" because there are brave women such as this woman from Egypt who are not afraid to advocate freedom (and Denmark), despite a large concentration of medieval religious fanatics who surround her.

I am amazed how little understanding of the Western civilization there exists in the Muslim world. While the rest of the world may silently tolerate their medieval laws violating the basic freedoms of the individuals as we understand them today, it should be clear to every informed person in the world that blasphemy is legal in most of the civilized world. It seems that most people in the Muslim world have not learned this basic fact; the apparent reason is that their education systems are pretty much upgef**ked.


The Pope is visiting Washington, D.C., and President Bush takes him out for an afternoon on the Potomac, sailing on the Presidential yacht, the Sequoia. They're admiring the sights when, all of a sudden, the Pope's hat (zucchetto) blows off his head and out into the water. Secret Service guys start to launch a boat, but president Bush waves them off, saying, "Wait, wait. I'll take care of this. Don't worry." Bush then steps off the yacht onto the surface of the water and walks out to the Holy Father's little hat, bends over picks it up, then walks back to the yacht and climbs aboard. He hands the hat to the Pope amid stunned silence. The next morning, the headlines in the New York Times, Boston Globe, Cosmic Variance, Daily Kos, Atlanta Constitution, Capitalist Imperialist Pig, Washington Post, Boston Herald, Buffalo News, Houston Chronicle, Milwaukee Sentinel-Journal, Minneapolis Tribune, Denver Post, Albuquerque Journal, Los Angeles Times and San Francisco Chronicle all proclaim: "Bush Can't Swim!"

It has been unthinkable that someone would be jailed or executed because of such jokes in the Western civilized countries - at least during the last 100 years. The existing laws may protect individual people - but God is too large to fit into our laws and He or She must simply protect Himself or Herself. And the same rule applies not only to God but also to dead prophets.

It is fine if someone is afraid of God but in some cases such a fear is just a demonstration of flawed education. If some people in the Middle East start to talk about confrontation with Europe or the West (and not just talk), they should be primarily afraid of the nuclear and other weapons. God may be great but the nukes can eliminate whole nations within a day. The people over there should be taught how the world in the 21st century works and what are the actual forces, laws, and principles that are relevant for this world.

When I said that the Muslim world does not understand the West, it is probably also true that many people in the West do not understand the world of Islam. France was apparently convinced that the Arab world would love French forever because France did not support the war in Iraq. If you look a bit more carefully, you will see that they don't care. Finally, some people in France decided to make the whole Muslim world upset because of something that is surely more valuable than democracy in Iraq: namely one copy of moderately entertaining caricatures of Mohammed. Every nation has its characteristic reasons to enter the war. Of course, it will be the United States who would have to protect Europe in the hypothetical case of a conflict...

Finally, I encourage you to buy Danish.