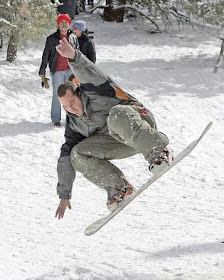 Figure 1: Michael Housego, a fan of a left-wing sport - according to the Czech president - enjoys snow around Mount Pinos. (Photograph by Stephen Osman, LA Times.)

A commenter at CosmicVariance.com was afraid that I could notice a posting over at that blog that Los Angeles is experiencing Arctic weather plus snow. The information about the weather condition could even leak beyond Los Angeles. ;-) It is not the wet snow that you can occassionally see in Southern California, but a very dry, solid Arctic snow that is very rare. See a story in the L.A. Times. A Mexican illegal immigrant who got lost in snow died. In Colorado they don't know where to put all the snow. 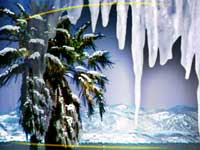 
Los Angeles Airport hasn't seen snow since 1962. In 2007, the Terminator will declare state of emergency. Snow will fall in Western Los Angeles and in Malibu on 1/17. Interstate 5 Grapevine will be closed. See