Mohammed AlQuraishi: a portrait of the 600,000th visitor

You could ask: who are the people who visit this blog? Surely it can't just be just the set of my e-friends, nice women plus the e-non-friends and the crackpots and other nasty folks whom all of us know and who e-reproduce on the dumping ground of the blogosphere. Let me avoid a description what they must be e-doing before you e-reproduce. ;-) 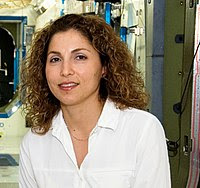 Instead, let us start differently. Anousheh Ansari, a 39-year-old Iranian American multimillionaire who has earned a lot of bucks in the telecommunication industry and who is the chairwoman and co-founder of Prodea Systems Inc., will pay a symbolic fee of a few million dollars to become the world's first female space tourist. I suppose that it is harder to earn the fee than to master everything you need to know to become a space tourist. You see that although there are no female CEOs of Dow Jones companies, Ansari doesn't need any affirmative action, despite being a member of at least three minorities: the birthplace in the Axis of Evil might be the strongest handicap among them. :-)

I don't know whether she reads this blog; the 600,000th unique visitor of the blog is Mohammed AlQuraishi. If you look at his screenshot, you will see that Internet Explorer 7 looks kind of nice, it has tabs, and the rankingblogs.com icon still doesn't work! ;-)

According to the freely available data, he is an interesting person, too. When he was 6 years old, he started to make computer programs. As soon as he entered the high school, he founded a company in the Bay Area that created software for wireless and small electronic devices. Having received degrees in IT engineering, biology, and logic, his goal is nothing less than to transform the core of biology into a rigorous member of the family of exact sciences.

Recall that Quraish was the Arab tribe that was the strongest opponent of the prophet Mohammed (PBUH) throughout his life: it was his own tribe. (A similarity with Jesus and Jews is rather obvious.) If you're Mohammed AlQuraishi, that's quite a combination. ;-) Because Mohammed is the 600,000th unique visitor - the uniqueness means that at most 1 visit from an IP address is counted every day - he can also contribute any uncensored posting he wants or postpone this right to someone else.
Luboš Motl v 2:07 PM
Share