This picture is not necessarily real but the new blog of the Boston's cardinal is real.

According to a leaked unconfirmed report of the French intelligence revealed in L'Est Republicain, the Saudis are convinced that Osama bin Laden was in Pakistan on August 23rd, 2006. A salmonella bacterium has attacked him and because there was no way to save the killer from the strong typhoid fever that has paralyzed his lower limbs, he's gone, solved, completed, and terminated. According to a usually reliable source, the Saudis learned about his death on September 4th. The French secret services found the report reliable enough to inform the French officials. No one else is able to confirm the report. See news.google.com.


Update: the TIME magazine has obtained a compatible report about Osama being "seriously ill or dead" directly from the Saudis. The Saudi officials, however, made it clear later that all the reports are highly speculative. 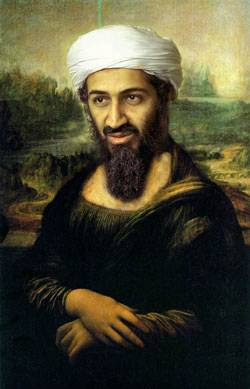 If the rumor were true after all, that would be a lot of fun, of course, although such an end would be boring at the same moment. Instead of dying heroically as an exceptional son of Allah under the sunshine of the world's fastest videocameras and in between the Planckian effects of quantum gravity, he could just have eaten some feces from another infected person and died in a cave as an average mammal, giving a great example to all of his fans. Whitney Houston who is getting divorced would be again on the market and, as some left-wing bloggers predict, Osama's body is already in Karl Rove's fridge waiting for the November elections. ;-)

A similar election idea might be - but doesn't have to be - behind the hypothetical threats of a terrorist attack against the Czech capital. On Friday night, the new Czech government has received "credible" reports that a terrorist attack against Prague - the new espionage hub - is being prepared and is linked to some recent arrests in Norway. The new minister of internal affairs Mr. Langer, who has been in his job for a week or so, evaluated the threats as the most serious ones ever.

No doubt, the synagogues, the whole Jewish Quarter (Josefov) and similar places are guarded: the Jews celebrate a new year now, congratulations, the year 5767 since the Big Bang. ;-) Police has also increased its presence at many places that are normally more or less unprotected, including malls, supermarkets, the airport, the subway, and a few public events. 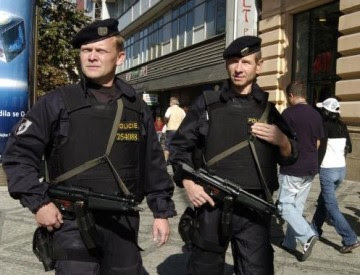 The previous articles about a similar topic were Terrorism and Prague and Iran may nuke Czechia et al. Bush's speech about the threat coming from Prague is here. ;-) The American tourists in Prague had no idea that there was any threat today: they still love the city.
Luboš Motl v 3:38 PM
Share