The November 7th is approaching. That's a good moment for the enemies of freedom to think about a new October revolution. Recall that the Great October Revolution was not great; it didn't take place in October; and it was not a revolution but a shameless bolsheviks' coup.

The second most hateful and irrational segment of the contemporary Western jihad against freedom, after the anti-war movement, are the environmentalists. (The segments are far from being disjoint.) An organization called "Stop Climate Chaos" (stopclimatechaos.org) that unifies radical environmentalists and faith-based initiatives (what an explosive combination) has attracted roughly 20,000 people today to London to participate at one of the largest green rallies in history.

I also think that it could be some people's job to stop the climate chaos - namely the London policemen. The picture below suggests that they should prepare their tear gas but it is not guaranteed whether it will be effective. 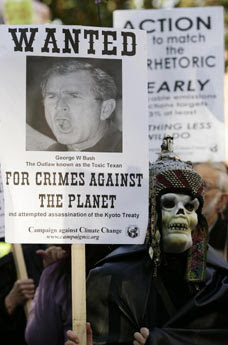 Figure 1: Virtually all demonstrators on that rally are empty skulls. These skulls want to adopt, among other things, an international law that forbids Nature to change Her temperature by more than 2 degrees. No kidding. They also want the queen to codify a controlled annual suffocation of the British economy in her speech.

One could find it shocking that such a rally occurs in London. Isn't the British government contributing enough to the production of all this alarmist garbage? Isn't Great Britain sufficiently involved in this anti-carbon-dioxide, anti-humanity madness? Isn't Tony Blair's self-humiliation by his naive environmentalist speeches and letters enough to please the demonstrators?

The answer is apparently No.

Tony Blair is arguably the second most intelligent European leader after the Czech president Václav Klaus. You should ask: how is it possible that this smart Gentleman is able to emit so much fog about climate science?

The main part of the answer is not hard to find. Well, it's because Tony Blair, as he explained yesterday, never liked science at school. He was a "refusenik" as he put it. He described his relation to science as follows:

More seriously, we learn that he has recently decided to become a born-again science enthusiast. Mr. Blair, it is not a terribly good combination to be this passionate with such a poor understanding what science actually is. For example, science has nothing whatsoever to do with consensus. The fact that you aparently still think otherwise - and that you still confuse science and politics - shows that you still don't understand science and it doesn't understand you.

Also, science is not quite the same thing as God. God may want you to undo your sins from the childhood and fight on His side for the rest of your life. Science doesn't care that you were irritated by science as a child. Science forgives automatically. Also, science cannot divide the world to "good" and "evil". In terms of sins, your support for the global warming hype is another sin of yours against science. ;-)

And passion? It can be more useful or less useful for a scientist but once the scientific dust gets settled, passions play no role in the results as long as the results are scientific.

How the catastrophic madness got created

In the last decade or so, many climate scientists were eager to say or write scientifically misleading or untrue statements in order to promote their otherwise unimpressive field and earn some extra bucks from the grants that couldn't hurt, could they? Scientific dishonesty was officially incorporated into climate science by climate scientist Stephen Schneider in 1989. He wrote:

In other words, a climate scientist should be something in between a scientist and a fraudster, Schneider argued, in order to be maximally effective.

In science, it is simply essential to be very careful when we interpret the results and their importance. We are people so we are rarely perfect and it's not the main point anyway. What is much more important is that all of us support the atmosphere and policies that are naturally regulating scientific dishonesty. Once these regulation mechanisms disappear, we are in trouble.

Recently, many climate scientists started to realize that the situation could have gotten out of control and that other people with manifestly unscientific ideologies are taking over. The publication of the Stern report was greeted with the usual positive hype of the media. Nevertheless, there has been an unusual consensus among the climate scientists: the Stern report is deeply flawed. It was criticized not only by Bjorn Lomborg but also by the old alarmists including William Connolley, James Annan, much like Roger Pielke Jr, among others.

Even the IPCC, the scientific climate change U.N. panel, will release a rather strong criticism of the Stern report, especially its calculation of the costs of "action" that is underestimating reality by a factor of five, according to the IPCC. But even the "modest" investments that Stern invites us to make are insane.

Arnold Kling analyzes at TCSdaily how weird is Stern's idea that sacrificing 1% of world's GDP every year is an acceptable investment. Incidentally, Stern wants the world to waste $400 billion every year; the Kyoto counter in the sidebar only assumes that it is $150 billion per year. You see how generous we have always been in computing the costs and benefits of the Kyoto protocol.

The opposite statement, namely that the warming will destroy 5-20% of the world's economy, is even crazier, especially given the fact that the economical losses we can blame on anything like "climate change" in the present are equal to zero within the error margin. We are not sure about the sign of the hypothetical effect.

Piers Akerman who calls the report "scaremongering" in the Sunday Telegraph interviews various scientists who criticize the report. He says that no government report has ever been accepted so uncritically and no government report about science has ever been so scientifically unsubstantiated. Some leading Australian economists are critical, too. The editors of The Business have promoted the report to a New Testament of the eco-nuttery religion. Bob Carter, an Australian geologist, compares this wormaholic report to Paul Ehrlich's theories. Euractiv.com has collected a few more critical reviews by well-known figures.

Tomorrow, the Sunday Telegraph has an article by Christopher Monckton called "Climate chaos? Don't believe it" that is accompanied with a 40-page-long supplement attempting to debunk some widely held opinions: Apocalypse cancelled.

O'Leary, the boss of Ryanair, explained that "[t]here's a lot of misinformation and lies being put about by the eco-nuts in this country on the back of a report put about by an idiot economist." He argued it didn't matter what you do with the airlines because they contribute 2 percent of CO2 only.

Even a representative of the officials who are paid for being alarmists, Prof Mike Hulme, the director of a "center for climate change" in East Anglia, admits that the situation got out of hand because the public discourse about the climate dynamics has been contaminated by emotions and by adjectives that have no scientific justification - such as "catastrophic", "chaotic", "irreversible", and "rapid".

Hulme argues that the debate has shifted from a discussion between the global warming scientific skeptics and the global warming scientific believers to another debate between global warming scientists and climate alarmists (who are called "alarmists" even by a person who is an alarmist himself, according to my definitions). So if you feel that the amount of heat between your humble correspondent on one side and the un-skeptical climate scientists on the other side has diminished, it's because even they started to realize that the atmosphere of the climate discussions has deteriorated into an irrational one, even according to their less demanding criteria.

It's not time to blame the un-skeptical scientists for the current problems. It's time for all reasonable people to try to improve the current situation and reduce the influence of the wrong people - such as the scientifically illiterate passionate hateful crowd in London - on the climate discourse.