Hecke eigensheaves and the Langlands program

Unfortunately I missed Edward Witten's talks in the math department on Friday. The people who look at the world as mathematicians were absolutely impressed by the talks.

The people who look at the world as physicists usually think that the geometric Langlands program is a sequence of technicalities and checks that are guaranteed to work as a consequence of the S-duality of N=4 supersymmetric Yang-Mills - a duality that the physicists know to be true. These checks only cover an infinitesimal portion of the full set of the miracles that emerge from physics but the mathematicians can have fun for centuries by proving all the physicists' prophecies. ;-)

Chris Beasley who is one of 12 people in the world who have read the whole 225-page-long Langlands paper by Witten and Kapustin is among those who are completely fascinated by this topic and he has just made a great job in promoting these results to others, together with Ilya Nikokoshev.

So what are all these Hecke eigensheaves, derived categories, and similar material? Start with the N=4 supersymmetric gauge theory in four dimensions, more precisely with a topological twist of it. This twist preserves one half of the supercharges: you will obtain a four-dimensional topological field theory. Compactify it on a Riemann surface of genus "g" times "R^2". You effectively get a two-dimensional (4,4) topological but still conformal field theory. The total number of supercharges is eight which is one-half of those 16 you started with; the other half disappeared due to the twist.

Now consider the Wilson loops, the traced and path-ordered exponentials of the imaginary integral of the gauge connection that can be easily visualized in the four-dimensional setup but that also exist in the two-dimensional theory. These Wilson loops will be labeled by a representation of your gauge group (over which the trace is taken) and by an element of the fundamental group of the Riemann surface (on which the contour is wrapped). The precise shape of the Wilson contour doesn't matter because the theory is topological i.e. invariant under continuous deformations of all objects.

They are disorder operators that are defined by the discontinuities that they create in the target spacetime and that require you to define some boundary conditions in their vicinity. The 't Hooft operators can be shown to be labeled by an element of the fundamental group of the Riemann surface (again) and by an irreducible representation of the S-dual gauge group (this fact can be shown by a careful analysis of the root lattices, co-root lattices, weight lattices, and co-weight lattices of the two S-dual groups and the relations between these lattices).

What do I mean by a D-brane? I essentially mean a boundary state of the two-dimensional topological conformal field theory. These boundary states are in one-to-one correspondence with the possible boundary conditions one can impose in this two-dimensional theory. Because the theory is topological, many constraints such as some of Cardy's conditions get modified or they evaporate.

OK, D-branes are boundary states. But they often talk about derived categories and sheaves. The D-branes can carry a bundle of the D-brane gauge group whose charges may be equivalent to a lower-dimensional D-brane so you always want to consider the bundles together with the branes.

The main physical purpose of the derived categories, as far as I understand them, is to allow not only bundles but also some "anti-bundles" corresponding to the antibranes: they're good to describe situations in which brane-antibrane pairs can become stable, among other things. The main purpose of the sheaves is to allow the bundle dimensions to jump. An example of a sheaf is the skycraper sheaf that is only localized at one point of the base space, so to say, and that describes a point-like brane of some sort. 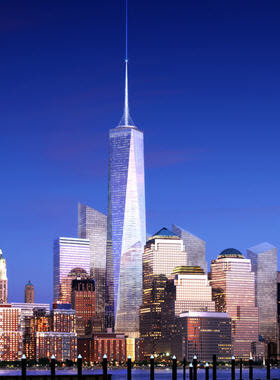 Fine. So now you take your Wilson operator or your 't Hooft operator and act on the space of possible branes (bundles) - or the space of boundary states, to get a better physical picture. This space is mostly captured by the information about the gauge bundles living on these branes. The action of the Wilson or 't Hooft operator maps a brane (generalized bundle) to another brane (generalized bundle).

There will exist a special kind of branes (bundles) that will be somewhat analogous to the eigenvectors of a linear map. The eigenvector of a linear map is normally multiplied by a c-number if you act on it with an operator. In the case of the Hecke operators, the eigenstate brane - called the eigensheaf - will transform a bit differently. It will transform into the tensor product of itself with a new bundle (or sheaf?).

It is natural to expect that all bundles may be written as a combination of the eigensheaves: in the case of sheaves, the combination probably means a "direct sum" which means that the coefficients must be integers. The coefficients probably can be negative, too, because we use the power of the derived categories. Chris told me that this picture of mine is essentially correct.

At any rate, the definition of the Wilson operators and the 't Hooft operators in this setup look very different and the consequences of S-duality, while true, seem highly non-trivial. Mathematicians can probably get dozens of Fields medals for the work in this area. Still, I can't avoid the feeling that this is an approach to make rather simple and obvious things look difficult and non-trivial. All these seemingly miraculous results may be viewed as minor consequences of the huge intellectual power of gauge theory, string theory, and their basic properties.
Luboš Motl v 8:01 PM
Share