The title is not a misprint. More precisely, it is a misprint but it is not mine. The three authors of


claim that they have introduced a new, roughly 1917th "background-independent" model in which the permutation group of all the spacetime events (points) is the primary principle and the degrees of freedom live on the links of the graph. 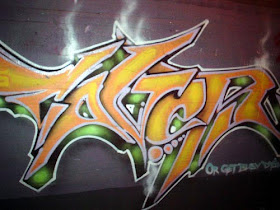 The title as well as the first sentence of that preprint are incorrect. Well, this principle has been written down at least by one amateur scientist, Phil E. Gibbs, ten years ago.

Gibbs called the permutation symmetry between the points an event-symmetric spacetime and speculated that it could be relevant for string theory and for the solutions to some Witten's puzzles. The reason why I remember this extremely bizarre hypothesis is that in 1995, at the time when I just slowly started to understand the first chapters of Green-Schwarz-Witten, I was kind of intrigued by this webpage

so that I had copied it into my directory in Prague 11 years ago: you can see how webpages looked like in 1995. There were no serious popular webpages about string theory so don't be surprised by the impact that Gibbs's page had on me.


If I return to Gibbs's preprint, the paper starts with some philosophers including Plato and discussions about discreteness of spacetime: I would hardly distinguish this paper from the papers of the authors of Quantum Graphity. The event-symmetric spacetime principle appears somewhere on page 30-31 of this 59-page-long paper.

With 35 citations, Gibbs's preprint is one of the most cited amateur preprints in theoretical physics ever and I am a bit surprised that the authors of Quantum Graphity don't know it even though they write about the very same thing. Or do they?

Note that on Gibbs's webpage, the principle of the symmetry group between the events in spacetime is emphasized by a frame, and the comments about the different phases of this physical system at different temperatures, strikingly similar to those in Quantum Graphity, are written on that webpage, too. You should also note that among the 333 references in Gibbs's preprint, there is nothing about M-theory although he had claimed to have something relevant for the conceptual nature of string theory and despite the fact that M-theory had been published 3 months earlier: a typical consequence of an intellectual life in isolation. (I didn't realize the importance of the duality revolution papers in June 1995 either.)

I assure the authors of Quantum Graphity that all these weird ideas have been tried hundreds of times and it might be a good idea for them to read all papers by Phil Gibbs to avoid unnecessary new papers with "new" great ideas. Ten years ago, I have spent whole weeks with the event-symmetric spacetime and its mutations and eventually eliminated all conceivable possibilities how this could work. The most viable deep idea of Gibbs that has affected me in the long term is the "invariance under quantization".

It took a month or more to figure out that most of these ideas could have no actual relation to string theory or any real physics - because, let's admit it, Gibbs's page created the opposite (false) impression - but I am certainly not upset for having "lost" these weeks. ;-)

At any rate, the physicists are not quite silly and we know why these ideas almost certainly don't have anything to do with physics which is why we don't have to ask any questions whether these ideas were copied from one place to another or independently re-discovered 11 years later. It's patent nonsense so it doesn't matter who discovered it first.

The events in spacetime are not symmetric. The causal structure could never quite emerge from such a starting point. More obviously, the symmetry between the events - points of the graph - creates the impression that the spacetime in quantum gravity may be discrete but it remains fundamental.

The last decade in theoretical physics has simply settled this question - whether someone likes it or not - and the answer is "No". The spacetime geometry cannot be fundamental at the Planck scale. It is subject to transitions, dualities, and holography, among other phenomena that prove that it must be flexible and it cannot arise from a graph because a graph is too local. In neither of the existing descriptions we can find a discrete spacetime and it seems rather unlikely that there exists a description where it is discrete.

The degrees of freedom simply can't be assigned to individual spacetime points or pairs of spacetime points because such theories can be shown not to have the features that we know that quantum gravity has, and not just from string theory considerations. (I don't have a no-go-theorem for the n-tuples with arbitrary large n, though: feel free to try.) Theories where the degrees of freedom live at points are local, and theories where they live at pairs of points are said to be bilocal.

Quantum gravity can't be either. It would be better for all of us to learn the standard terminology instead of posting dozens of confused preprints all of which pretend that they contain a new idea which they don't.

The main difference between 1995 and 2006 is that in 1995, everyone would know that these ideas were cute crackpot ideas that you could view as an inspiration but you could ignore which most people happily did; in 2006, we are expected, by certain aggressive people in the media and the blogosphere, to pretend that the very same papers are equally good alternatives to the most important physics papers which is kind of mad.