Eastern Australia hasn't seen this November cold for more than 100 years: it was the coldest November day in a century. Recall that "November" in Australian can be translated as "May" in the British or U.S. English. ;-) Nevertheless, they have had mushy snow in Canberra, a blast of Antarctic magic. A goosepimply, teeth-chattering Sydney has another reason to shake its collective head at the weather gods today.

It was the first November snow in Queensland since the records started in 1880. In fact, the latest snowfall registered on any year used to be on October 1st in 1941. Now it's November 16th, more than 45 days later.

In spite of the records, enlightened and concerned journalists immediately explain us that the cooler weather and fewer hurricanes do not lessen global warming trends because weather is not climate, just like religion is not faith. ;-) The climate and the climate change are not only independent of the weather but they are independent of all other things that can be measured, too. 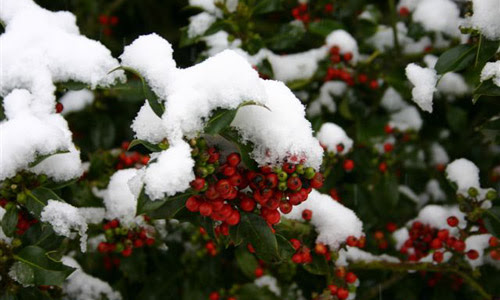 More precisely, weather is only climate when it's getting warmer and when the hurricane frequency increases. Whenever the weather is getting cooler and the hurricane rate is plummeting by 70 percent from the previous year, weather is no longer climate. It follows that the climate is always getting warmer and the global warming is here with us to stay - QED Amen. That's why Kofi Annan can tell us that we, the skeptics, are out of step, out of time, and out of arguments. He is out of tune, out of touch, and out of mind, trying to build the 1984-style global government.

Incidentally, the freezing Australia became another manifestation of the Gore effect. During most of Gore's lectures about global warming, the temperatures break record lows. We noticed it here in Boston in 2004 when Gore was speaking about the imminent danger of world frying while the city had the coldest temperatures in about 50 years. January 15th of the same year was the coldest day in the New York City where Gore gave another major lecture about his pet theory. But I personally don't think that the evidence underlying the Gore effect is too strong: he's just flying too much, emitting more carbon dioxide than the CEOs of all major oil corporations combined, so it shouldn't be shocking that he is also found at places that have just broken record low temperatures.

If you're interested, Illinois has seen the ninth coldest October on record. The temperatures in parts of Texas continue to be near the freezing point and the officials ask for donations for the shelters. Three weeks ago, record cold temperatures were seen in South Carolina and North Carolina. Tomorrow, some newspapers will blame cooling Arctic on colder ocean currents and winds. The region would normally be getting warmer and confirm the global warming theory but it is getting cooler because it is "fighting back", as "scientists" such as Jacqueline Richter-Menge, a civil engineer, tell us. If the oceans, the winds, and the Sun help us to fight against the global warming and against the evil oil corporations and the skeptics, maybe we're not doomed after all! :-)

As this sentence is being written, the temperature in Fairbanks, Alaska is -30 Celsius degrees, i.e. 8 Celsius degrees below the normal minimum daily temperature for this day in the year: the people in Alaska should turn their heating systems off to reduce the CO2 emissions and to fight against the dangerous global warming. The Reference Frame wishes them a pleasant day. ;-) If you're interested in the predicted droughts, Seattle already has the wettest November on record even though we're in the middle.

The previous comment about record cold temperatures in Alaska, the rest of Northern America, and Australia was posted in June 2006.
Luboš Motl v 4:44 AM
Share