It is often implicitly assumed or even explicitly said that the emissions of the greenhouse gases are caused almost exclusively by industry, traffic, and other artificial machines and devices. Well, that's not true because the greenhouse gases are also important products of processes that we call life. According to a new U.N. report, farm animals - mostly cows and sheep - account for


In some countries such as New Zealand, this percentage is not 20 percent but around 33 percent. Also, the U.N. predicts that the meat production will double by 2050. In these technical matters, you may want to remember that the gases are emitted by the mouth of the cow, not the opposite side, because the fellow mammal has four stomachs. ;-) 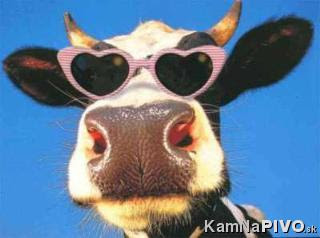 The cow population may grow but doesn't have to grow. Those who call for downright reductions of greenhouse gas emissions effectively advocate a huge cattle holocaust - and indirectly, through the hunger of non-vegetarian humans, also a holocaust of men and women - and those who call for reductions in some sectors only are biased and unfair.

Instead of looking into the future, we can also organize our ideas about these matters by looking into the past. If there ever were a period in which the number or the total mass of large animals exceeded the current numbers five-fold, which is far from impossible because homo sapiens has removed quite a significant fraction of animals at many places, ordinary life in such a period generated more greenhouse gases than all of the current civilization.


According to everything we know, it is rather unlikely that the recent warming is unprecedented. But one of the outcomes of the recent report is that even the rates of greenhouse gas emissions in the recent era are probably far from being unprecedented in the history of the Earth at longer timescales.

If you want a comparison of agriculture and free life with other sectors: aviation in regions like Europe is responsible for 2 percent of carbon emissions only - one order of magnitude below the cattle and sheep - which is why the Ryanair boss's appraisal of the global warming warriors is so accurate.
Luboš Motl v 4:02 PM
Share