Regular readers know that the complex adjectives refer not only to the digits that appear in the prime decomposition of 2007 but also to a doubly special, triply wrong, quadruply stupid, and quintuply falsified new theory of relativity.

2005 was the International Year of Physics.

2006 was the International Year of Deserts. 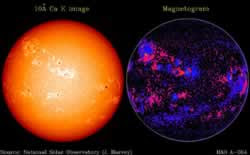 The International Polar Year is two years long, from 2007 to 2008. It's probably because they used the incorrect periodicity 4.pi in the polar coordinates, unskillfully trying to incorporate the fermions.

Bulgaria and Romania in the EU

At the midnight, Central European time, the number of the members of the European Union jumped by two to 27. Welcome, Bulgaria and Romania. The European Union got richer than ever before although its average citizen became poorer once again. ;-) Also, Slovenia has introduced the euro.

If you Google search for hit 2006 (why aren't millions of people making this obvious search?) :-), the first link will lead you to a page about Lumo hit 2006. If you display the results, you will see that Alizee's "J'en ai marre" has become the winner. Congratulations to Alizee.

Don't believe the 11:59 pm timestamp. It's just marketing. The purpose of this timestamp is to try to teach the readers that they shouldn't take everything seriously just because it's written on a blog of a simpleton, even if the simpleton lives in the New York City.
Luboš Motl v 5:59 AM
Share