The Iraqi prediction of string theory has been experimentally verified: according to many official witnesses, the closed string has indeed had a nonzero linking number with Saddam Hussein's neck. Because the paperwork, including the "red card" introduced during his own reign, has been completed, the executors could move closer to the singular point of the moduli space.

Video preview of the execution is here. The genuine video is at the bottom. 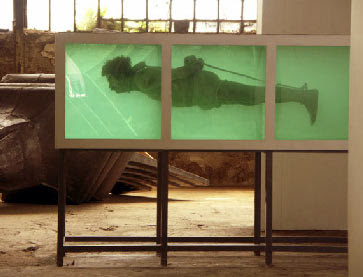 On one hand, this is very sad news and our sympathies clearly go to Saddam's loving daughter who has requested a burial of her exceptional father in Yemen. On the other hand, one can't forget that Saddam Hussain has been brutally imposing not only political correctness on his countrymates for decades. His 24 years show what kind of a government one gets if he promotes the minority rights above a certain level.

On November 5th, when his ultimate fate was decided, Saddam asked Iraqis not to hate those who came to liberate Iraq because hate does not leave space for a person to be fair. It makes one blind and closes all doors of thinking. This is an example how seemingly bad people may become very reasonable and morally elevated philosophers when they're properly dealt with.


The Reference Frame joins Saddam Hussain (PBUH) and encourages all loving and reasonable Iraqis to establish a new country of freedom, democracy, and capitalism in Iraq.

The genuine video for those who enjoy such things more than your humble correspondent: HotAir. The video will show a "Not Found" error. Reload it and it will work.

If you're even tougher and you want to see him drop, open this video. The quality is not perfect because Iraq is a young democracy and they don't yet know how to hold camera properly.
Luboš Motl v 4:00 AM
Share