Seven months after the last elections, the Czech Republic still doesn't have a stable government. Mr. Miroslav Topolánek (ODS) will get another try as a possible future prime minister. Meanwhile, Topolánek officially announced that he has left his family for his mistress, Ms Lucie Talmanová. 55 percent of the population think that it is correct that he is honest about it.

Berliner Zeitung recommended Topolánek to forward the prime minister chair to his wife, the Hillary of the East. Meanwhile, Topolánek has attacked President Klaus, Prague mayor Bém, deputy of the European Parliament Zahradil, and finance expert Tlustý. Needless to say, these four guys are my favorite Gentlemen in the Civic Democratic Party and I find Topolánek's criticism unjustified and vacuous. Tlustý mentioned that his relations with Topolánek have deteriorated.

Topolánek who has just deconstructed his family and who has been a bankrupt entrepreneur before he became the leader of ODS said that Tlustý has failed both as a human being and as a professional.

Klaus who would prefer a grand coalition of ODS and the social democrats has identified the coalition of the party he founded - ODS - with the Green as unbelievably unfortunate. He has criticized ODS as well as many other European conservative parties for their friendly attitude to the parties who sit squarely on the opposite side of the ideological barrier, especially the green parties and their agendas. The Reference Frame joins this criticism. 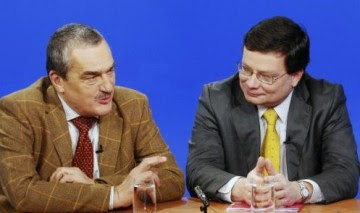 Figure 1: Karel Schwarzenberg (left) and Alexander Vondra, a former dissident and later an ambassador to the U.S.

Meanwhile, Karel Schwarzenberg, a Czech/German aristocrat, is considered as a future minister of foreign affairs. Klaus doesn't like the idea too much because he doesn't think that Schwarzenberg is really a citizen of the Czech Republic. Topolánek comments that this criticism by Klaus is because of Klaus' obsession with the Czech national revival. If you read the comments carefully, it becomes pretty easy to divide ODS to two parts that don't like each other too much.

However, Schwarzenberg seems to protect the interests of the Czech Republic. In Austrian press, he has criticized the plans of the Austrian econuts - which unfortunately includes not only Greenpeace but also their government - to sue the Czech Republic because of its modern nuclear power plant in Temelín.

This activity of Schwarzenberg's won't make the Czech Green Party that also wants to stop the power plant terribly happy: it was the Green Party that nominated him for the post in the future coalition government. ;-) You can see that the Czech politics is a huge comedy although it is not qualitatively different from politics of other democratic countries. But the Czech economy doesn't care about these games and grows like crazy.
Luboš Motl v 6:10 PM
Share