The new Czech government makes it much easier to locate a part of the missile defense system in the Czech Republic. The senior government party, the Civic Democratic Party (ODS) led by Mr Mirek Topolánek, supports such a unit without any referendum. 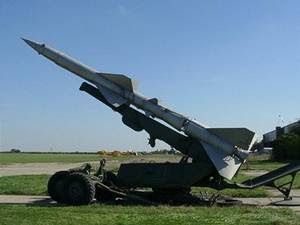 Mr Karel Schwarzenberg, the aristocratic minister of foreign affairs, seems to be excited by the idea, too. He says that "it is a great contribution to our security". Do you know which party has nominated him? Well, it's the Green Party. Do the U.S. environmentalists support the missile defense system? The notion that Europe is necessarily more anti-American and anti-imperialist ;-) than America may need a revision.

The third party in the government, the Christian Democrats (KDU-ČSL) seems to agree, too. Ms Vlasta Parkanová thinks that the project should be seriously considered because the threat is real and will become even more real in the future.

Two places without any population near some villages, namely Jince near Příbram, Bohemia, or Libavá near Olomouc, Moravia, seem to be the most likely spots for the project. About 200 experts would work in the facility that would respect the Czech laws. The missiles would be placed in Poland.
Luboš Motl v 1:19 AM
Share