Mr. Petr Záhrobský is not a skier. He is a theorist who has read a lot of books about skiing. Using this knowledge, he has designed a theoretical framework how to earn a golden medal in slalom. He gave birth to his daughter, together with her mother, became her coach, and sent her to Sweden. 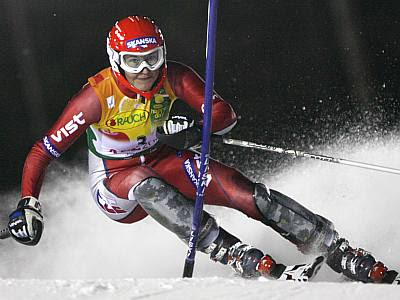 On the picture above, taken a few hours ago, Šárka Záhrobská (Sarka Behind-the-grave) is already going to pick the first Czech golden medal from alpine sports from any world championship. ;-) The Swedish press may have been a little bit surprised but the Austrian press was stunned.


"Crazy, the world Champion speaks Czech!," the Österreich daily wrote, although the content of the article was more realistic and noticed that she has been successful in the past. She also speaks excellent German because she's been trained in Alps for many years and shoppings in Vienna were her main hobby.
Luboš Motl v 5:31 AM
Share