Fingerprints, Korean government, and his own note have confirmed the identity of the Korean shooter

It's horrible news right after my class. At least 32 people plus 1 monster were killed - mostly shot, but some of them chose to jump out of the window - at Virginia Tech University. Dozens of additional people are injured.

The previous shooting at Virginia Tech - last summer - was the work of William Morva: check his background.

The tragedy has become the worst college shooting incident in the history of the world, much worse than a similar incident at University of Texas 40 years ago when "only" 16 people died.

It's so stunning to imagine that a lunatic suddenly enters Jefferson 256 - our physics classroom at Harvard - and shoots everyone in the class.


Learning about the identity

Our preliminary answers on Monday 1:15 pm were 95% correct but the text below was repeatedly updated and it became accurate on Tuesday morning.

Emily Hilscher (18), the girlfriend and the first victim. Click to see her web space. In 2006, she described herself as being "alone".

The killer was a 6-foot tall male East Asian individual staying at a campus. The main suspect, the "most official" boyfriend of the crucial girl, was a student from nearby Radford University (where they just canceled a celebration) but this Gentleman was found alive on Monday, questioned, and released. I believe that it is this man who was dumped by the girlfriend two weeks ago and it is this man who has received his visa in Shanghai before he arrived to San Francisco on August 7th.

On the other hand, the shooter was Seung Hui Cho or Cho Seung Hui if you wish (=Jo Seung Hwee if you hate romanization), a 23 years old South Korean national with a green card (residence: Centerville, VA), and an English major and senior at Virginia Tech. He lived on campus in Harper Residence Hall which are female dormitories (!!!).

Thirty-five days ago, he purchased two guns - one 9 mm caliber handgun (namely Glock 19) and one .22 caliber pistol (namely Walther P-22) - and he wore jeans, a vest or a black leather jacket - probably a bulletproof vest - with too much ammunition in it as well as a maroon cap. Tape showing how he is buying the guns exists: to make this story a bit fine-tuned, these tapes are stored exactly for thirty-five days. 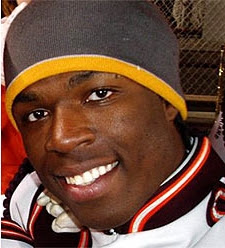 In the morning around 7:15 am, Mr. Cho went to her dormitory at the fourth floor of the West Ambler Johnston Hall. He shot "his" girlfriend and then the residential assistant, Ryan Clark of Martinez, Georgia who was bi- and who may have dated Hilscher. They thought it was a localized "home shooting" so they didn't shut down the university. Mr. Cho has thus rearmed and continued to look for a new boyfriend of "his" girlfriend or other unlucky people in the engineering classrooms of the Norris Hall - see the picture above - a few hours later. 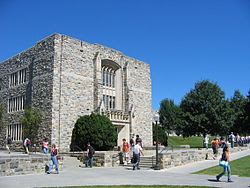 He didn't know the exact location, so he has visited a few classrooms and lined up all students against a wall. Around 9:20 am, he started with Norris 206 (probably a French course) and continued with Solid Mechanics 3154 in Norris 204. The instructor, a former NASA employee Liviu Librescu, tried to save the kids by blocking the door. But he was shot. One of the heroes of the day.

However, the worst massacre took place at 9:45 am in room 200 where the students were learning German 2105. He shot them one by one; yes, the professor, Jamie Bishop who was a son of science-fiction writer Michael Bishop, died first. My most profound condolences for his family, Jason Erik Lundberg, and other friends...

Finally, the calm animal who revealed no emotions whatsoever killed himself by a shot into his head once he was cornered.

The Asian guy above is just a photographer for a VT student newspaper, Shaozhuo Cui or Shao. The shooter looked different when the police got him: for example, a part of his face was already missing.