NYT about Cimrman: memo from Plzeň

The New York Times have an article about Mr Jára da Cimrman. The article about the greatest Czech of all time who has made his greatest achievements at the beginning of the 20th century is titled a "memo from Pilsen" which is my hometown where I will return in July. 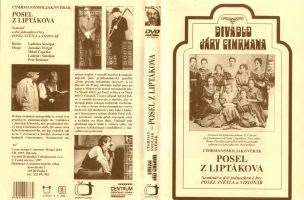 Cimrman was born around 1870 in Vienna and he became the greatest playwright, poet, composer, teacher, traveller, philosopher, inventor, detective, and athlete of his era. An asteroid is named 7796 Jaracimrman and hundreds of places in the Czech Republic remember the moments when Cimrman visited them. 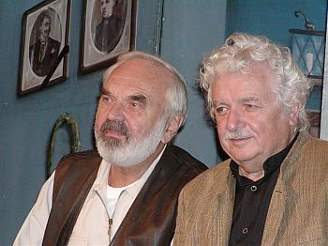 Zdeněk Svěrák (left) and Ladislav Smoljak (right) have been two leading historians who have studied Cimrman for decades: they are still the supreme cimrmanologists. More precisely, they became the founders of the Theater of Jára da Cimrman. Their humor is a wise and fine brand of Czech humor even though I find the NYT's description of their humor as "anti-communist sarcasm" to be somewhat misleading because I think it has mostly been apolitical humor.

While it seems rather likely that Jára da Cimrman has never existed, which is why he was disqualified in 2005 from the "Greatest Czech contest" even though he has otherwise clearly won it :-), let me admit that there exist rumors that either Václav Klaus or your humble correspondent might be Jára da Cimrman, after all. But for obvious reasons, I can neither confirm nor deny these rumors.