Global warming scientists will have to learn quantum gravity by the end of July. Why?

Well, it's because we can see that every day, their predictions get more catastrophic than the previous day by an order of magnitude. Roughly 35 orders of magnitude from the present numbers, you find the Planck scale.

Let me demonstrate this trend on two recent examples. On Saturday, the new boss of the United Nations whose name is Ban even though he is unfortunately not yet banned published an op-ed in the Washington Post that argued that

Global warming has caused the humanitarian crisis in Darfur.

That's great and I am sure that many people will admire Ban's new clothes except that scientific papers agree with common sense and imply that there is no link between droughts in Africa on one side and increased CO2 in the atmosphere on the other side.


However, Larry has just pointed out that everything is much more serious today than it was on Saturday. A few hours ago, The Independent has proudly announced that

A team of six people led by James Hansen - a world's leading expert in scientific reticence - has chastised the IPCC alarmists that they're not sufficiently alarmist. These six "better scientists" have decided that it is now necessary to break the scientific consensus because they have "calculated" that the civilization has lasted 12,007 years and these years have been unusually stable.

But it can't continue like that, they say. A trigger mechanism based on a subtle interplay between trace gases including carbon dioxide, methane, and ozone, flipping albedo, and melting icecaps will surely kill us in a decade or two. We immediately need to extract greenhouse gases from the atmosphere. And so on, and so on.

The Earth is literally floating in front of our eyes as it evaporates. 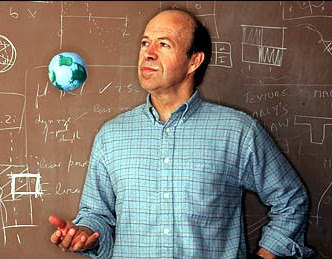 Most Jehovah's Witnesses whom I have met at least admit that 1918 wasn't yet the year of the judgment day: see this table about the ultimate deadlines; yes, the current date is "imminent". Hansen et al. seem to be more difficult.

Also, you should note that any disagreement with the IPCC consensus of trillions of scientists is a deadly sin. Unless, of course, you are James Hansen who proposes much crazier scenarios than ever before.

You may ask: what journal is going to publish this hysterical and thoroughly irrational explosion of "gravest threats" equivalent to screams of a profoundly ill woman? Well, this question is unfortunately not a rhetorical one and it has an answer. The journal is called


Philosophical Transactions of the Royal Society A.

Another journal controlled by profoundly alternative physicists. The 30-page-long article is called

Read the half-a-page abstract. It is rather incredible. Focus on some topic. For example, consider the statement that most feedbacks are positive. Can you find evidence for this statement in the paper? What I find is their "thinking" that another naive theory can't explain some sharp features of the paleoclimate reconstructions which implies that whatever new statement they make must be correct. Cataclysmic changes thus follow. That's Hansen's "science".

If your data can be interpreted in a way that confirms your catastrophic beliefs, it's great. If your data can't do it, it's also great because it means that your previous theory was insufficient and your new theory must include some effects that are even more catastrophic than the previous effects. If a discrepancy of your old theory with the observations is visualized as a flu, Hansen's cure for flu is analogous to overriding the flu by an HIV virus that is even more powerful.

More quantitatively, Hansen's method is just like if you try to interpolate eleven points in a plane by a polynomial of tenth degree. What do you think will happen with this polynomial "y=f(x)" or "temperature=f(time)" for large values of "x" or "time"? Do you think that this algorithm proves that every function increases as a tenth power for large values of "x" or "time"? Has Hansen learned very basics of maths if he is unable to figure out that this curve-fitting is exactly what he's doing? Isn't he ready to understand that the right curve interpolating the points is not a polynomial and his original theory was completely wrong and couldn't be correctly used as a starting point, if I use my analogy?

The main problem with my analogy is that the functions that Hansen uses to interpolate the data are increasing not just polynomially but rather exponentially. ;-)

Back to quantum gravity

What does all this nonsense have to do with quantum gravity? Well, it is not hard to calculate that by next week, the climate "scientists" will predict a restoration of the electroweak symmetry caused by global warming and July will be dedicated to progress towards the Planck temperature. :-)

I wonder whether they will ultimately agree with quantum gravity researchers that the Planck temperature is the maximum temperature that is possible and July should thus be the last month of progress in this climate change "science". Basic laws of quantum gravity indeed imply that certain things such as warming can't continue indefinitely. I am afraid that this law will be too constraining for James Hansen.
Luboš Motl v 1:57 PM
Share