In 2004, the spiritual mother of Harry Potter (whose 7th part is now #1 at amazon.com) saw a picture from a mental hospital of a small Czech boy lying behind the bars in a caged bed. She was as stunned as a little girl who learns that there is no Santa Claus or as James Hansen when he learns that we shouldn't fight against global warming. She started to scream, cry, and demand that the Czech government bans caged beds.

Now, you may guess who is really in charge in such situations. Yes, it is always a famous lady as long as she uses some magic, politically correct words, in this case "human rights". As a result of her campaign, caged beds were removed from all Czech hospitals. Foam rubber sideboards were added instead, at least in the cases when the relatives agree.

However, the supreme Czech lawmaker, Joanne Rowling, visited Prague several days ago. It was the first opportunity when this enlightened lady could actually see the caged beds with her own eyes. It was also her first chance to learn and see why the caged beds exist - for example, to prevent children from falling from the bed and from injuring themselves.


The wise writer and lawmaker now regrets her strong criticism of caged beds in 2004. As Ondřej Neff writes at The Invisible Dog, if the final result of this whole campaign will be that people will be using all such tools wisely, we should perhaps thank Ms Rowling for her suggestion.

On the other hand, Rowling could serve as a good role model for millions of ignorant people who criticize something that they don't understand at all, for example Lee Smolin or Peter Woit. 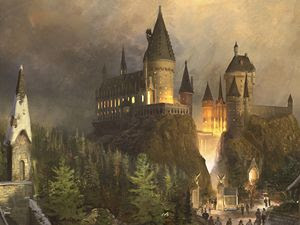