2007: another weak hurricane season so far

The climate fearmongers were excited during a strong hurricane season of 2005. It was enough for them to merely suggest that global warming could be behind the storms because fear and superstitions are their closest allies. Many people have constructed quasi-scientific, quasi-religious arguments that the number and strength of the tropical storms has been increasing and should be increasing. 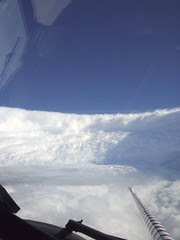 However, the 2006 hurricane season was very weak. It was below the average. Most quantities dropped more than two-fold and the damages decreased by nearly two orders of magnitude from 2005.

By the end of November when the season officially ends, Nature has to add 12 named storms, 7 hurricanes, and 3 hurricanes of Category 3 or higher to match their June predictions and for Klotzbach's team to be right. Good luck: you should better rent a lot of aircraft to fly in circles, Philip. Read "State of Fear" to learn the details. ;-) Also, about 1917 additional hurricanes are needed to realize the predictions of Al Gore. I won't wish good luck to this guy because the irony would be far too obvious.