Black holes at the LHC

Even though a similar idea of structure and substructure works well at many longer scales, there are many ways to see that this matryoshka-like picture of the world can't be right at the sub-electron level. For example, in reality, all electrons are exactly indistinguishable, even in principle. This is experimentally seen in various proofs of the antisymmetry of their wavefunctions - for example, via the Pauli exclusion principle that controls the atoms. Any internal structure that is not uniquely determined would make two electrons distinguishable and the Pauli exclusion principle would become impossible.

Another reason why these infinite hierarchies can't exist is quantum gravity itself. It is easy to prove a qualitative conclusion that distances must be longer than the Planck length if they can be interpreted via the usual geometric intuition. At shorter distances, quantum phenomena and new physics strongly influence the behavior of objects and prevent us from understanding them in terms of events that occur at well-defined positions in space. Moreover, geometry can no longer be separated from other kinds of existence. Because the uncertainty principle makes the geometry fluctuate so violently, distances shorter than the Planck scale don't exist in the operational sense of the word.

Particle physics used to study the internal architecture of particles at ever shorter length scales by pumping ever greater amounts of energy into the particles. The more energy they have, the closer they can get together and the better resolution your collider - a fancy gigantic microscope - can have.

But this rule according to which the characteristic distance is inversely proportional to the characteristic energy doesn't work forever and cannot work forever. As the energy reaches the Planck energy that is connected with the Planck length and you continue to increase the energy, the experiment will no longer allow you to probe shorter distances. Instead, the collisions will produce ever more massive black holes whose size increases as the mass grows: your resolution will bounce and becomes poor again.

The Planck length is the smallest length scale that can be resolved by any experiment one can think about. More generally, the Planck scale is the ultimate cosmic limit for many other quantities, too. The Planck time is the shortest time you can measure, the Planck density is the maximum density that you should ever talk about, the Planck temperature is the highest temperature you can achieve, and so on. 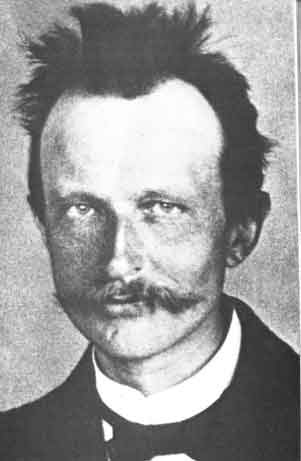 How big are these Planckian quantities? If you set the universal constants $\hbar, c, G_{Newton}$ equal to one - which is what quantum, relativistic, gravitational adult physicists usually do - the Planck quantities are simply equal to one. In normal units, you can thus write them as appropriate products of powers of $\hbar, c, G_{Newton}$ that have the right units. For example, the usual Planck length is equal to $(G_{Newton}\hbar / c^3)^{1/2}$. Numerically it is about $10^{-35}$ meters. A very short distance. 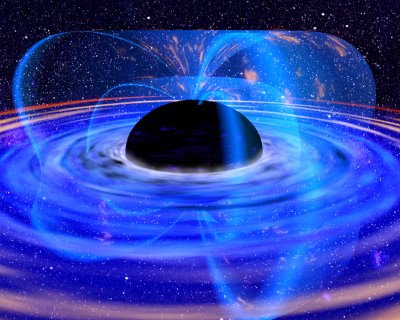 So how does Nature decide whether you produce a normal particle or a black hole?

Only if black holes are larger, their evaporation slows down. They emit a much larger number of the Hawking thermal particles - a number that grows with the black hole mass as a positive power law - and their lifetime becomes much longer than their radius in Planck units. Black holes that are large but not too large can be described by the classical general relativity and quantum or stringy phenomena add tiny corrections. Note that in both limits - very light objects as well as very heavy objects - we know the right zeroth approximation.

In particular vacua of string theory, all the players in the previous paragraphs become very well-defined objects that obey very clear rules of mathematics. In all realistic or semirealistic vacua of string theory, the qualitative rules above hold. But it is fair to say that even quantum gravity theorists who are not string theorists realize that the general picture of the transition from particles to black holes is valid. We know these things without any direct experiments.

You can listen to Peter Woit, Lee Smolin, and one million of additional crackpots whose net IQ exceeds 60 million points and who complain that any conclusion that relies on the human brain or mathematics can't be trusted - it is not even wrong, they will tell you. The number 60 million seems high but it is certainly not enough to change the conclusion by a millimeter. The laws of physics, mathematics, and logic are unbreakable and the only thing that the crackpots can do against them is to brainwash each other and make idiotic journalists write hundeds of moronic newspaper articles.

Can the Planck be closer?

The Planck energy is very high. It is about 15 orders of magnitude higher than the LHC can squeeze into its colliding particles. That will make an artificial production of black holes - even baby black holes - very difficult. Isn't it possible that the black holes are actually much easier to create?

The answer is that the it may be possible even though it looks unlikely: we estimated the probability that black holes would be produced by the LHC at 0.2 percent. The Planck quantities were calculated by dimensional analysis. The easiest way to change the dimensional analysis is to change the dimension. More precisely, you dismiss the usual Newton's constant as a constant in a bad effective theory and you better switch to the higher-dimensional description that doesn't neglect additional dimensions of space. You thus change the dimension of $G_{Newton}$ because the new constant will appear in Newton's law in a different spacetime dimension, with a different power of the distance. That will force you to compensate its dimension by different powers of $\hbar$ and $c$ in order to get the new Planck length.

If there are additional dimensions of space, the fundamental higher-dimensional Planck scale may be much longer than $10^{-35}$ meters advertised above. If you look at all possibilities - old large dimensions and warped dimensions - you will find out that the fundamental Planck length may be as long as the distances accessible to the LHC, about $10^{-19}$ meters. In other words, the LHC could be able to produce baby black holes as long as it simultaneously brings us evidence for extra dimensions - a necessary pre-requisite for the validity of the dimensional analysis we used.

This will leave us with a black hole that looks almost like a Schwarzschild black hole. You shouldn't forget that such a black hole has many - about $exp(S)$ - quantum microstates that can be interpreted as elementary particles but that are guaranteed, by consistency of quantum gravity, to obey the laws of general relativity. The Schwarzschild black hole will radiate many Hawking particles in all directions. Such a decay into a large number of products looks like fireworks and its signatures are very different from other models of physics beyond the Standard Model.

As the black hole emits and shrinks, it ends up as a baby black hole that is already indistinguishable from ordinary but heavy elementary particles. Details of the processes depend on the scenario - old large dimensions vs warped dimensions and perhaps other details - and the "ordinary" elementary particles can still organize themselves into new phenomena at different energy scales that look like excited strings, branes, or strings moving in additional dimensions.

The black holes discussed in this article shouldn't be confused with the black holes at RHIC whose character is very different from the kind of black holes that you learn about in courses of general relativity because these RHIC black holes only exist in massively curved spaces and they are consequently equivalent to physics of non-gravitational systems such as QCD.

More details about black holes at the LHC may be found e.g. in:


Dimopoulos + Landsberg (over 400 citations, analysis in the context of old large dimensions)
19 more preprints about black holes at the LHC
Report on a recent talk by Steve Giddings
Man-made black holes and global catastrophes

Enjoy and don't be afraid of a global catastrophe caused by the LHC! ;-)
Luboš Motl v 9:18 AM
Share