It turned out that leaving Harvard wasn't such a horribly bad idea for Bill Gates, after all. He eventually became the richest person in the world.

The same mechanism also implies that completing Harvard wasn't such a terribly good idea either. :-) During the very same month when he received the Harvard degree that he has been dreaming about for decades, Gates became poorer than some Mexicans. 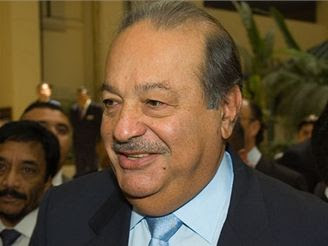 So far it is only one Mexican whose name is Carlos Slim Helú even though his pocket (and belly) is not so slim especially because of the soaring stocks of America Movil [sic] that contribute to his \$67 billion worth. I guess that most readers hear his name for the first time but he is apparently a well-known guy in Latin America.