Nir Shaviv: Why is Lockwood and Fröhlich meaningless?

One of the newest articles at RealClimate.org contains a link to the full text of a recent article by Lockwood and Fröhlich who argue that "all" potential aspects of the Sun in the last 20 years that could be responsible for warming in that period went the wrong way. Well, there are many questions: for example, was there a warming that one should talk about? There wasn't one in the last ten years.

A more important question is whether their whole article is correct. I haven't quantitatively verified Nir Shaviv's answer below but I feel that the view of this Israeli expert is way more relevant than the childish comments about coffins by the RealClimate.org zealots and it surely makes sense qualitatively, so let me reprint it. The text below is from Nir.

Why is Lockwood and Fröhlich meaningless?

L & F state that from 1985, there is a discrepancy between solar activity, which decreased, and the global temperature, which increased. Hence, solar activity cannot explain the observed warming. This conclusion, however, is flawed for several reasons. 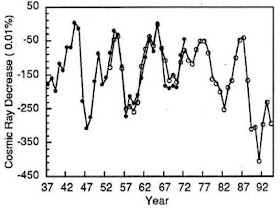 Figure 1: Cosmic ray flux as a function of time. Note the minimum near 1992 that probably caused less cloudiness and warming in the 1990s


To begin with, L & W write that solar activity decreased after 1985. This may almost be correct for the sunspot number (which remained the same) and perhaps correct for other solar activity proxies, but this is not correct for the cosmic rays. As is apparent from the first two figures above and below, the 1990 solar maximum caused a larger decrease in the cosmic ray flux, which implies that the temperature should have been higher in the 1990's than in the 1980's. This leaves a discrepancy between the solar maximum of 2001 which was weaker than the solar maximum of 1990, and the observed temperature increase. 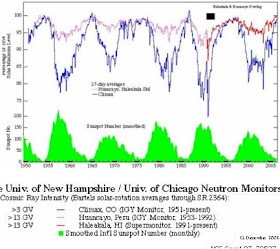 So why has the temperature continued increasing even though the solar activity diminished? This has to do with the second point, which is very important, but totally ignored by L & F.

L & F assume (like many others before) that there should be a one-to-one correspondence between the temperature variations and solar activity. However, there are two important effects that should be considered and that arise because of the climate's heat capacity (predominantly the oceans). First, the response to short term variations in the radiative forcings are damped. This explains why the temperature variations in sync with the 11-year solar cycle are small (but they are present at the level which one expects from the observed cloud cover variations... about 0.1°C). Second, there is a lag between the response and the forcing. Typically, one expects lags which depend on the time scale of the variations. The 11-year solar cycle gives rise to a 2-year lag in the 0.1°C observed temperature variations. Similarly, the response to the 20th century warming should be delayed by typically a decade. Climatologists know this very well (the IPCC report, for example, includes simulation results for the many decades long response to a "step function" in the forcing, and climatologists talk about "global warming commitment" that even if the CO2 would stabilize, or even decrease, we should expect to see the "committed warming", e.g., Science 307), but L & F are not climatologists. They are solar physicists, so they may not have grasped this point to the extent that they should have.

Incidentally, this is not unlike a very well-known effect from everyday life. Even though the maximum radiation from the Sun is received near noon time, the maximum daily temperatures are obtained a few hours later in the afternoon. If we were to correlate the falling radiation between say noon and 3 pm (or between June 21 and July-August), to the increasing temperature over the same period, we would conclude that solar radiation causes cooling! This is exactly what L & F are doing. They are ignoring the fact that over the 20th century, solar activity increased tremendously (see the third figure below). So, even though the 2001 maximum is weaker than the 1990 maximum, we are still paying for the extra heat absorbed over several decades, from the middle of the 20th century. 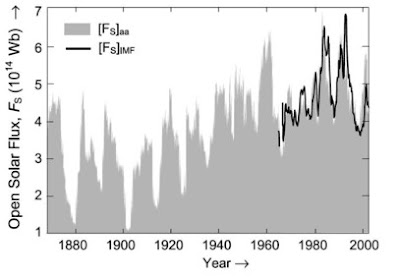 Figure 3: Tremendous increase of solar activity in the last 100 years

In fact, if you look at the total heat in the oceans, you will see that from 2001 it actually decreased! (Well, recently, after the inconvenient buoy data was removed, the heat content stopped increasing.) This lower heat content should start to cause a prolonged cooling, assuming the solar activity will remain at the 2001 level or lower.

Thus, when you look at the whole picture, there are certainly no inconsistencies in the solar/climate picture. Au contraire.

For criticisms written by others, see Climate cuttings 7 and Warwick Hughes. A new document by Henrik Svensmark and Eigil Friis-Christensen is a reply to the article by Lockwood and Fröhlich. Many graphs are extended up to 2007. The figure 2b is a particularly impressive agreement between cosmic rays and temperature although one had to subtract El-Nino effects, the North Atlantic oscillation, volcano aerosols, and a linear trend to make it that good.