First, let us start with a different topic:

There are climate realists in Investor's Business Daily. For example, they used our data and interpretation to run their own story about 2006 being the coldest year in five. Equally importantly,

has reprinted IBD's reaction to the latest propagandistic alarmist article in Newsweek. Galileo is once again on trial, they argue.

The financial journalists say that the label "deniers" is used deliberately and even the AGW supporters were offended. (Surely not all of them, see e.g. the Huffington Nutroots.) The article offers some numbers showing how much money is actually being spent to contaminate climate science and the public discourse by alarmism. Huge sums, indeed.

The Goddard Institute for Space Studies at NASA is the home of Rev. James Hansen and it produces the most spectacular warming trend among all teams that measure it. Nevertheless, their newest data show that July 2007 was the coolest month among the last twelve. 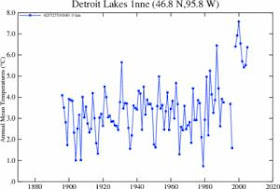 More importantly, Hansen's team agreed in this first paragraph with Steve McIntyre who has identified, together with fellow blogger Anthony Watts, some errors in their work. GISS had to revise a lot of their data. For example, 2001 was 0.14 C cooler than they previously thought.

The most catchy consequence right now is that according to the new rankings, the warmest U.S. year is no longer 1998 but rather 1934. See also the blog of Anthony Watts or NewsBusters or Small Dead Animals or SlashDot or Investor's Business Daily (because CA is down) and blame Franklin Delano Roosevelt instead of George Walker Bush! ;-) 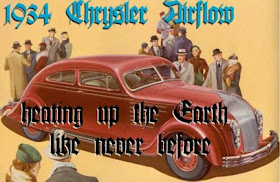 Figure 2: 1934 Chrysler Airflow: heating up the Earth like never before (and after, for that matter)

Knowing something about the human nature and economics, I doubt that the gigantic machine of liars will tell you that they were wrong and 1934 was the hottest year in the States and that the 1930s have more representatives in the top 10 as well as top 20 than the last decade.

Congratulations to Anthony and especially Steve, an outsider who is actually the #1 insider and who was able to lower temperatures much more than the Kyoto protocol, as Chris Christner mentioned.

Incidentally, I am amazed by the stupidity of some of the reactions. For example, The Bad Astronomer has shown us that he is an extremely bad mathematician, too. For example, he is literally stunned by the fact that warm years - such as the last decade or the 1930s - are lumped together. This fascinating observation, Phil, is a consequence of a magic property of some functions called "continuity". Search Wikipedia for "continuous functions". It holds for temperatures, too. The temperature as a function of time may fail to be differentiable but it is still continuous, inevitably making the temperature of close yars more similar than the temperature of two random years.

Also, many people say that these changes don't matter because the U.S. territory is just 2% of the surface of Earth. It is 2% of the surface area but it is much higher a percentage of the area from which we have reliable enough temperature data from the 1930s. Be sure that the data from the continental U.S. states are more robust than virtually all other data in the world except for a few places in Europe. If there are such serious problems with them, even with those from the years 1999 and 2000, you shouldn't better trust the data from more ancient eras and less civilized places too much.

Moreover, most people in the world live in some country - such as the U.S. - and they will be affected by temperature trends such as those in the continental U.S. record. If this record shows that the "trend" is not enough to exceed the random fluctuations, don't you think that it is a wise idea to assume that this trend might be irrelevant in the 21st century as well?