Unfortunately, we are witnesses of another violent attack against the "God particle". Dennis Overbye started in the New York Times and Sean Carroll added much more vitriolic a diatribe on his blog. Fortunately, I can give a proof that the Higgs boson is also called a "God particle" that Sean Carroll certainly won't be even attempting to deny: a woman from a science center.

She also offers the explanation by John Ellis - that was several days old when she was speaking - that the Higgs boson is a famous physicist walking through a room crowded by other physicists. The young woman has also figured out who the famous physicist was: it was Justin Timberlake! ;-)

What do I think about these issues?

Well, I am not used to the term "God particle" and in comparison with many other terms, it sounds insufficiently technical, but it is a good one. The God particle is what gives the mass to all elementary fermions as well as bosons including Himself, by a combination of interactions and His own vev (that results from self-interactions, too). Be careful: most of the visible mass in the Universe doesn't come from bare masses of elementary particles but rather from strong interactions between quarks and gluons that have nothing to do with the God particle.


This particle is going to be the only spinless elementary particle; God lives in the no-spin zone, too.

Moreover, the God particle remains somewhat enigmatic, much like God Himself, because it hasn't yet been seen. It is also conceivable that it will be the only new particle observed by the LHC. If a single particle costs six billion dollars or so, it simply has to be the God particle. ;-) I am not a believer in any of the material concepts included in religion and from this viewpoint, the role of the God particle in my understanding of the world is comparable to the role of God. It is pretty special and important but it is not something that controls all aspects of the world.

What do physicists think about these issues?

Many physicists are fanatical atheists so their stomach simply explodes when they hear the word "God". But this is pure sociology and their reaction has very little to do with the question whether this term is a good one. It is rather a testimony of the political bias in the Academia.

Normal physicists I know don't care about names. They know that objects must be called in some way and the essential things in physics don't depend on names.

More importantly, smart and achieved physicists - and I am specifically talking about a very famous one from the East Coast - care much more about the term "Higgs boson" that may be more misleading than the "God particle" because it creates the impression that this particular particle is tightly connected with the work of Peter Higgs. No other elementary particle is named after a person even though the right person would be more obvious in several cases than it is in the case of the God particle. 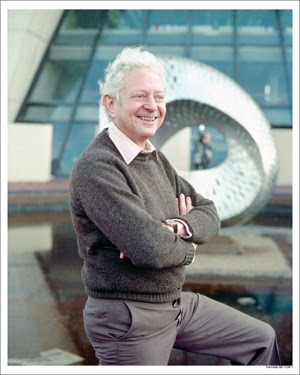 Finally, there is the person who has coined the term, Leon Lederman. Leon Lederman has won the 1988 Nobel prize in physics for their discovery of the muon neutrino. He has been the Fermilab director for ten years. In his book "The God Particle", he has also explained why it is a good name. He was right. I find it stunning if the opinions and arguments of such an important person in particle physics are neglected, humiliated, or even vilified, for purely ideological reasons. Overbye writes:

In a stroke of either public relations genius or disaster, Leon M. Lederman, the former director of the Fermi National Accelerator Laboratory, or Fermilab, referred to the Higgs as “the God particle”...

Well, Sean Carroll is much tougher:

... [The phrase] was coined by Leon Lederman as a shameless ploy to sell books...

What Carroll doesn't find disturbing is that his attacks on anything that has "God" in it are shameless ploys to flatter other nutroots, driven by the ultimate dream of Sean Carroll, namely to appear on the O'Reilly Factor.

Moreover, Carroll seems to "remove" Leon Lederman from the list of physicists when he writes that "Physicists, regardless of their religious status, hate this phrase." Sorry, Sean, but this is simply a lie. If Lederman were the only exception, it would already be a big lie. As you can see, he is not the only one. The statement that the Higgs field is a "thoroughly materialist idea" is also untrue. There is nothing "materialist" about this idea in comparison with other ideas and, by the way, I am pretty sure that the classical "materialists" such as Marx or Lenin would find the Higgs field - something that fills the whole space but picks no preferred reference frame - unacceptably spiritual. The Higgs ocean is a perfect realization of Isaac Newton's holy spirit filling the space, after all.

If it is necessary to slam a great particle physicist for his completely legitimate linguistic creativity and accuse him of an unstoppable desire to sell books four years after he has received his Nobel prize, Carroll will happily do it. On the other hand, if two crackpots write two sensational books filled with lies from the beginning to the end whose only goal is to fill their pockets, Carroll will offer them all the help he can.

I would appreciate if Sean Carroll realized that relatively to Leon Lederman, he is an insignificant microbe in particle physics. And if he behaved like one.

Thank you very much.

Incidentally, I also disagree with the opinion that the term "God particle" helps creationism. Instead, the term brings some satisfaction to the people who think that the main purpose of science is to smash God and it may actually make them less nervous and reduce their internal desire to defend creationism. The purpose of science is to find out how the Universe works. If the underlying dynamics under the "God particle" is the right one, there is nothing wrong about it. How the God particle can be abused to "prove" creationism in biology is beyond me.

Update: Gordon Watts also misunderstands why people are so upset about God and His particle. He adds some wise words.