Hansen: all hell is going to break loose

I don't like if the right-wing blogs interrupt leading climate experts by humiliating comments so let us allow Prof James Hansen, one of the greatest living scientists in the world and the boss of the esteemed GISS institute at NASA, to speak himself. LM

Current estimates for how high the seas could rise are way off the mark - and in the next 100 years melting ice could sink cities in the United States to Bangladesh.

If we follow 'business-as-usual' growth of greenhouse gas emissions, I think that we will lock in a guaranteed sea-level rise of several metres, which, frankly, means that all hell is going to break loose.

Figure 1: a diagram depicting my newest scientific discovery. The purple color is actually not purple: it is ultraviolet because it will be really hot.

The scientific basis for this idea is outlined in our recent paper published by the British journal Philosophical Transactions of the Royal Society and described in The Earth today stands in imminent peril.

In stark contrast to estimates put forward by the IPCC, I and my colleagues argue that rapidly melting ice caps in Antarctica and Greenland could cause oceans to swell several metres by 2100 - or maybe even as much as 25 metres, which is how much higher the oceans sat about three million years ago. If you know science behind the Holy Scripture, you know that one million year is actually just a month. The driving force are the positive feedbacks that exceed all imagination of mortal human beings. They are great, omnipotent, omniscient, and omnipresent. Be afraid. Be very afraid.


They ask me: So why the radical discrepancies between our predictions and those of the IPCC? Every time they ask, I wisely look into the skies and answer them. Listen to my words carefully. Certain positive feedback effects, as well as recent data on the melting of the Greenland ice sheet, were not included in the IPCC's report. Because of the cumbersome IPCC review process, they exclude recent information, so they are very handicapped.

That's an ingenious observation about the built-in failures of the IPCC, isn't it? You must think: I would never be able to make such a fantabulous inference as Dr James Hansen. And you are right. There's no other Dr James Hansen but me. Figure 2: the IPCC according to my new theory. It hasn't been realized so far that the IPCC was crippled, except for the court jesters who have realized it for years. The Devil was an angel, too. He has just made a sign error.

The lethal disease of the IPCC has a scientific name: I have described it in my recent preprint about scientific reticence. There might have been times when scientific consensus worked. It helped us to get rid of the deniers. Today, deniers are completely isolated and they can only speak to other deniers. But I have had a revelation: scientific consensus is no longer enough. We must switch from the first cosmic speed to the second cosmic speed much like socialism was destined to be superseded by communism on a rainy day. In the name of Earth, trust me. 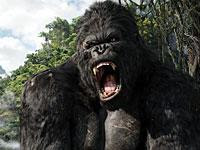 Figure 3: this is the 800-pound gorilla that is threatening Creation. When you are offered these cold hard data and you see how it actually looks like with your own eyes (the shape of the gorilla was found by a computer model combined with Photoshop), would you really believe the infidels who argue that there is nothing to be afraid of?

In another important work, I have demonstrated that all climate skeptics are court jesters controlled by big fish who co-operate with the 800-pound gorilla to destroy Creation. There is no point to joust with these court jesters who have lots of time to jest with us adjusters. 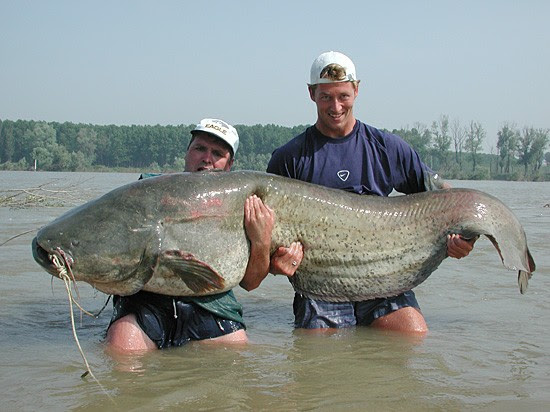 Figure 4: two court jesters and the big fish. Note that the surface of the fish is full of oil and so are the hands of the court jesters.

Both Thomas Jefferson and Richard Peltier agree with me. Thomas Jefferson is already dead but it doesn't matter: he still belongs to the living in usufruct and all of us will be dead when all hell breaks loose anyway. In the article in globeandmail.com, Peltier says that my basic thesis is undeniable. That's a very important word. Strictly speaking, this adjective means that you can't deny it even if you're a denier! That makes my theory much more powerful than the scientific consensus that could have been denied by deniers.

You need a model that incorporates everything and no such model exists, he admits. Because such a model doesn't exist, you must believe me because I am the greatest climatologist in the era before all hell breaks loose.

My salary is much higher than the salary of the little fish in the IPCC panel and my predictions for the sea level rise are comparably gigantic. No one can beat me. Only global warming, climate change, and sea level rise - the Holy Trinity - are greater than I am.

However, there is a growing list of infidels. For example, Andrew Weaver, a physicist at the University of Victoria who works on the dynamics of the polar ice caps and also contributes to the IPCC reports, says he thinks the "upper bound for sea-level rise this century is a metre." 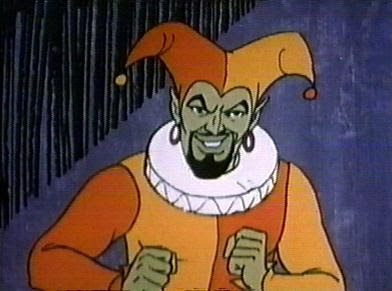 Figure 5: court jester. This is how everyone who disagrees with me will look like unless he agrees with me quickly. Andrew Weaver, unless you retract your heresy, this is what you will see in the mirror tomorrow around 7:30 am!

As soon as Weaver said these words, frankly, all hell was going to break loose. While he calls me his hero (he should also add that I am his Holy Prophet), he dared to criticize the tone of my recent paper and the use of words such as "cataclysm," which he believes move "dangerously away from scientific discourse to advocacy." I don't know whether it is advocacy but it is a holy word. It is my word.

Sorry, Andrew, but you will be among the first ones who will be burned in the fires of the coming cataclysm. I have seen the future of humanity and I have seen yours, too. You shall share the melting pot with Cheney, on the right side from Lindzen, Crichton, Christy, and Schwartz who has just betrayed us. 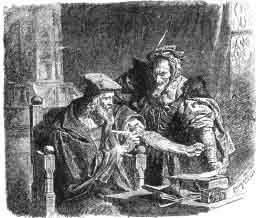 I have made it clear and rigorous that the debate is over. It's time to act. I urge all presidential candidates to sign my

Declaration of stewardship for the Earth and all Creation

Every good candidate will thus promise the following:
These rules directly follow from my previous scientific work. Even the former U.S. vice-president is a witness. And Richard Branson is oh so rich that I can pay as many witnesses as I need. Every candidate must still respect the usual 10 commandments as edited by the IPCC, for example "I shall fear or worship no other threat than global warming."

Also, I urge all citizens, especially the supermodels, to start civil disobedience against the old king Coal II. The case is clear: I have extended my model to the year 2300 and because this model can't even include all necessary physics, we know that the cataclysm will be even worse.

Sorry, as I explain in the paper under the previous link, the "supermodels" was a guise, using prurient interest to gain attention of my fellow technocrats. But every other single word or number I have ever said or written is accurate and will be accurate until I find that my current physical model is incomplete and the future is therefore going to be exponentially worse than I expect today.

Thank you for your deep and detailed thoughts and the time you have spent with the mortal readers of this blog, Prof Hansen, and good luck in your mission to save the Earth!

The only important thing I have forgotten is your telephone number where you may answer additional questions of your new disciples. No, it's OK, it is 77-89-20-00 - check it on Google...
Luboš Motl v 6:12 PM
Share