This new article by Don Page is a good example of the vagueness and incorrectness of the anthropic reasoning. 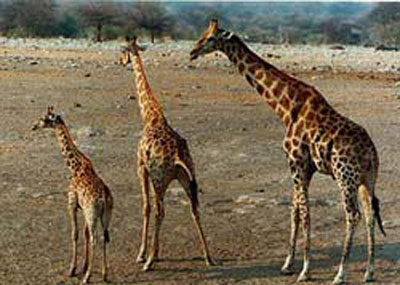 Figure 1: Are giraffes able to violate the laws of physics? ;-)

Page recalls a "calculation" of the maximal allowed height of a running, breathing animal on a habitable planet. This old calculation due to Press and Lightmann gives the Bohr radius times the 0.3-th power of the ratio of electrostatic and gravitational forces between two protons.

Do you want to know how tall is this super-giraffe numerically? Well, one inch. That's not what I a call a giant giraffe.

Page "improves" the calculation to obtain 3.6 meters as the maximum height. That's better but nevertheless, adult male giraffes are 5-6 meters tall and they are arguably not the tallest animals that have occurred on this planet. ;-)

This paper sounds both as a joke as well as a demonstration of the typical "reliability" of any kind of anthropic reasoning.

First. The calculations are clearly wrong. Giraffes in the real world are very far from a violation of the laws of physics but they are still much taller than both of these estimates. If the folks looked at biophysics of tall animals a little bit more carefully, they would surely have to agree that 6-meter-tall giraffes (and even taller animals) are fully compatible with the laws of physics. We have a lot of experimental data about giraffes; if you want to find a wrong step in the paper, simply find the first sentence that contradicts known facts about giraffes. The argument that has led to this sentence had to be wrong. There are many wrong ideas, for example wrong ideas about the way how temperature of animals is actually determined.

Second. These calculations are not new in any way. Order-of-magnitude estimates of this kind are standard tasks for graduate students during their qualifying exams at many good universities. This kind of calculation is what physicists have always been supposed to be able to do. It's not a cutting-edge science. It's not quantum gravity and it shouldn't be on hep-th. Also, it is incorrect to use these arguments to determine anything about the Universe we live in. Quite on the contrary: the elementary laws and parameters of this Universe are the starting point and facts about animals are their consequence. Flipping the logical relationship between these different insights contradicts causality: it is simply a mistake. Elementary particles existed first and giraffes evolved later.

Third. The wrongness of calculations that are being made in this apparently simple context - estimates of giraffes' size is not the most abstract and inaccessible portion of physics - show that in practice, any estimates based on this vague kind of reasoning is bound to be wrong. Your humble correspondent thinks that the anthropic principle probably can't be used as any kind of "solid" principle that could be compared with the fundamental laws of physics. But even if you believe that the fundamental laws of physics should be supplemented with some kind of anthropic rules, you may see where such an explosive combination leads in reality: it leads to crazy calculations in which rudimentary mistakes dominate, common sense is intimidated, and crazy conclusions prevail.

The results of such a reasoning clearly can't be trusted. Whenever something depends on this kind of argument, we should better say that we simply don't know the right answer even though the anthropic scenario could be true. The champions of the anthropic reasoning vastly underestimate how complex phenomenon life is: how difficult it is to collect all conditions that decide about the nature of "good places to live". It is hypothetically plausible that some rules that are similar to the anthropic principle will become much more reliable and nearly rigorous sometime in the future. But quite certainly, we are not there yet and we shouldn't assume that we are there. In fact, we should never pretend that unreliable ideas based on arbitrary and shaky maths are reliable.