U.S. movie about the prophet Libuše 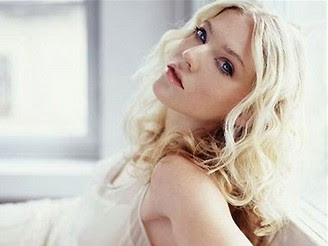 
According to the legends, Ms Libuše inherited rule over the Czech tribes from her father, Mr Step (in Czech: Krok), around 710. As a ruler, she was also the attorney general until 734 or so.

Libuše shared her second job with Al Gore. No, she wasn't a vice-president. Instead, she was a prophet. She offered her well-known prophecy when she visited the current territory of Prague and declared:

I see a city whose fame reaches the Heavens.

Well, it was somewhat exaggerated but not bad, after all.

Mr Przemysl Ploughman (Přemysl Oráč, actor: Csaba Lucas) came to Prague, married Libuše, and took over the job of ruling the unruly Czechs. Together, these two people are supposed to be the seed of the Przemyslid Dynasty that was (demonstrably) in charge of the Czech Kingdom until the 14th century.

Many other popular Czech legends - such as those about the Forefather Czech, Girls' War, or the Golem the Giant Muddy Robot - were summarized and refined by Mr Alois Jirásek a century ago or so and they have become a standard material for children at schools. The movie also builds on plays by Franz Grillparzer and Clemens Brentan. 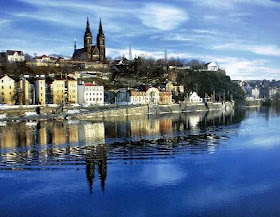 Unlike religious movies, the new movie, called "The Vyšehrad Crown" or whatever is the English translation, will present the pre-Christian period as an era of ancient wisdom, individual freedom, proximity to Nature, and open sensuality, instead of a dark paganic era. The main theme of the movie will be a love triangle but I have no idea who is the third.
Luboš Motl v 5:36 PM
Share