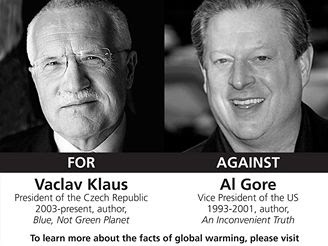 Figure 1: Click to see the full ad. This cute ad will appear several times in the New York Times, the Washington Times, and the Wall Street Journal between tomorrow (in the Washington Times) and October 4th. Other versions of the ad have Chris Horner or Lord Monckton instead of Klaus.

This particular ad says: It is a blue, not green, planet

GLOBAL WARMING IS NOT A CRISIS

"Let us resist the politicization of science and oppose the term 'scientific consensus,' which is always achieved by a loud minority, never by a silent majority." ... Václav Klaus

To learn more about the facts of global warming, please visit heartland.org

The Heartland Institute, located in Chicago, invested about USD 1 million to the campaign. The money is paid from the pockets of the supporters which doesn't include oil companies. Václav Klaus agreed that his face and quote may be used for free.


On Monday, September 24th, you may want to try to find out what Prof Klaus talks about in the United Nations. Those who read the U.S. newspapers will hopefully be informed about the talk in advance. ;-)