Mark Srednicki on non-uniqueness of vacua

I just looked at a discussion at Asymptotia.com. I think it is fair to say that the sane physicists have "won" it so that PW ended up with manifest contradictions and paragraphs written in capital letters ("not even wrong amen" repeated redundantly on 15 lines), as appropriate for the worst and most obnoxious class of ultra-repetitive trolls into which he undoubtedly belongs.

Unfortunately, it was mostly due to their brute force, a tool that is sadly important in these "public debates". For example, I can "defeat" 17 synchronized crackpots but 18 starts to be a problem. There were roughly 6 participants who understood what's going on - 2+ anonymous experts are included - and they could simply nail PW down.


There have been various attacks in both directions on that page. For example, Clifford Johnson was criticized for not being interested in string phenomenology. Well, while this comment may be legitimate, I think that he is doing interesting enough things and his being silent about a topic that he doesn't understand too well is a virtue, not a vice.

Concerning topics on that page, some room was dedicated to the tension between the proton's longevity and the anthropic principle. An anonymous commenter mentioned that this issue has been discussed in serious literature, e.g. in papers by Banks+Dine+Gorbatov (BDG) and by Susskind. This comment has upgraded PW to a regular scientist who can actually be debated. PW's ideas are of course not as refined as those by BDG and others but the idea to try to find the closest paper in serious literature that expresses similar opinions as a critic and to debate this paper could be a good strategy to improve the quality of similar discussions in the future.

It seems to me that the situation - what the anthropic principle and naturalness can say and cannot say about the proton lifetime - has been clarified, after many twists and turns. Another part of the discussion has previously confirmed that the LHC will be able to distinguish particles with different spins, in contradiction with bizarre statements by JoAnne Hewett.

But I chose to reproduce a very interesting quote by Mark Srednicki related to the landscape:

The great hope has always been that the answer will be “one and only one”. This was the hope for the physics of hadrons in the sixties, when it was widely speculated that fundamental principles (the analyticity, unitarity, and crossing symmetry of the S-matrix) would uniquely determine all properties of all hadrons.

Despite Jacques’ correct observation that it was always obvious that string theory would have many solutions, there was a hope that there would be some “vacuum selection principle” that would somehow pick out one of these solutions as uniquely favored, and that this solution would match our universe. 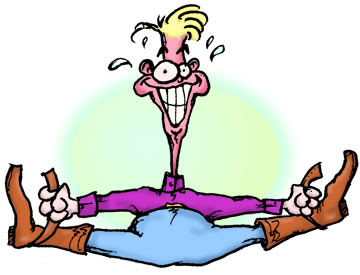 Figure 1: Bootstrapping, a program from the late 1960s

This hope has now faded in light of new results, just as the hope for hadronic physics faded in the early seventies.

Peter Woit and others don’t want to give up this general hope. They want to abandon the most promising framework we have (the only known framework that accommodates both quantum field theory and gravity in a natural way), and strike out in search of the next “analyticity, unitarity, and crossing!”, the next set of general principles that will uniquely determine the Standard Model.

That’s fine with me (though I think the chances of success are essentially zero). But Peter also insists that everyone else should do this too.

Is revisiting a failed ideology of the sixties a good plan? Time will tell.
Well, as a traditional believer in a "unique" vacuum selection, I still agree with that. Even though it is true that string theory unifies its vacua into a single dynamical framework, it is still legitimate to think about the analogy between different string vacua and different quantum field theories. In the AdS/CFT context, these two categories are really isomorphic, after all.

It is historically true that people used to believe in the uniqueness of the quantum field theory describing strong interactions. It was a pure belief and we can now say that it was a wrong one because we can pretty reliably prove that gauge theories with different gauge groups and matter contents are as consistent as QCD. Consequently, general consistency criteria are not enough to pick the right theory uniquely whether you like this fact or not.

An analogous situation occurs in string theory. It seems pretty clear that there exist many vacua that don't describe our Universe. Some non-uniqueness almost certainly exists, just like in the case of field theories, and the belief that there exists a "pure thought" that picks the unique answer is just a belief - one that doesn't seem too likely right now, after the consistency of many diverse vacua has been demonstrated in detail. Open-minded people simply have to learn a lesson here. The right question has really turned into a quantitative one: how much non-uniqueness there is and how hard it is to find the right results despite this non-uniqueness.

And of course, I always agreed that this non-uniqueness of solutions that a broader set of laws admits can never be used to declare a theory less likely (or even less scientific). All this criticism has always been completely irrational: a system of ideas tells us something about science as long as it says anything about dynamics. And because the space of string vacua surely doesn't cover all theories of the Universe we could a priori imagine, it is as OK as if there were one vacuum only. The only thing that can be criticized in this context are attempts to connect the real world with the "collective" properties of the landscape by ad hoc egalitarian anthropic rules applied to the set of vacua.

But from an epistemological vantage point, a large set of vacua is just another reincarnation of a large set of possible theories of the Universe - including theories involving microscopic aliens who play different kinds of board games - and the total number of such theories has always been exponentially large. Nevertheless, we have reduced the set significantly, organized it, and understood many things about it.
Luboš Motl v 9:16 PM
Share