BBC informs about a quarrel concerning the price of potatoes grown in Greenland. See also Spiegel in 2006 (pictures). 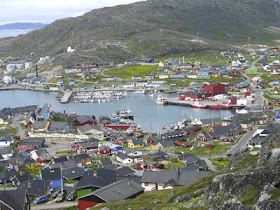 Regardless of the causes of the recent warming, one may wonder whether people are happy about it or not. Do you want to be able to grow more potatoes in Greenland or no potatoes?

The environmentalists argue that Greenland is called Greenland because there should be nothing else than ice over there. Ice is green, much like our blue planet, and it creates sheets that are known as land. Also, they argue that being able to grow potatoes in Greenland means to lose its cultural identity. The most important part of Greenland's cultural identity is the fact that you can't grow anything there.

All concerned green parties in the world are explaining us that all green things are dangerous. Their examples include green potatoes, the green background of this blog, and greenhouse gases but if they had a mirror, they could find a better example.

A Greenland's brainy son, Professor Minik Rosing, argues that this cultural tradition - the country's inability to grow anything - is priceless and can't be compensated by any economical benefits. The priceless character of the cold weather in Greenland is a likely reason why Professor Rosing chose to live in Copenhagen. ;-) But with his convincing attitude and genuine care about the environment, he could have moved to Nashville, too.

Ms Aleqa Hammond, Greenland's minister of finance and foreign affairs, apparently has somewhat different opinions. She thinks that glimpses of agriculture could be good, after all, and they could eventually make Greenland independent of Denmark. I wonder whom the 57,000 people who still live in Greenland agree with. My guess is that it is not their lost son, Prof Rosing of Copenhagen. 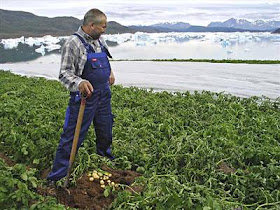 Figure 1: Ferdinand Egede, a grandson of a hunter and a son of a livestock farmer. What do you think that he thinks about a possible further warming? Would it be good or bad?

Commercial: On Sunday, the New York Times will explain that not Michael Moore or Al Gore but rather Jane Fonda causes global warming. How is it possible? Hint: U235. Hat tip: Marc Morano

The farmers in Antarctica will have to wait little bit longer and the Antarctic national cultural heritage thus seems pretty safe so far. ;-) Even the people in Greenland should be cautious before they become too optimistic about the trend: according to Vinther et al. (2006), the warmest decades in Greenland were the 1930s and 1940s, after all.
Luboš Motl v 12:37 PM
Share