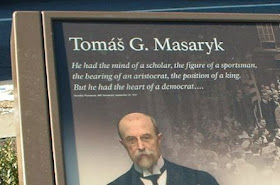 Figure 1: a part of the information board describing Masaryk near the Masaryk monument in Washington, D.C.

Tomáš Garrigue Masaryk, the first president of Czechoslovakia (born 1850, in office 1918-1935) died 70 years ago, on 9/14/1937. When he did, happy years were slowly ending. His successor, Edvard Beneš, was arguably a great politician. But he was lacking some of Masaryk's charisma and he was just very unlucky. While Masaryk lived in the happy world where the U.S. was the main external superpower, Beneš's task was to lead a nation influenced by Hitler on one side and Stalin on the other side.

Masaryk was a very good sociologist and philosopher. As a statesman, he was able to play all roles that used to be expected from the emperor. At the same time, he was a firm defender of freedom and democracy. Masaryk was always able to advocate unpopular opinions - for example the opinion that the old Czech manuscripts were fake (he was right, of course!) but that has never eliminated his natural authority.


There are many things to be said about Masaryk but let me choose one topic: the communist caricature of him. When I was a kid in a socialist country, Masaryk, the first leader of a capitalist Czechoslovakia, wasn't of course quite presented as a devil. He was presented as another stair in the staircase to progress, the staircase that is supposed to culminate with communism. I am convinced that they realized that no communist president could match or surpass Masaryk. But they still enjoyed to contaminate Masaryk's name by various stories.

For example, roughly five different teachers were supposed to tell us that "Masaryk was shooting the hungry people" - a reference to an irrelevant demonstration of a mob that had to be suppressed by police. But this kind of propaganda didn't really work in our case because about 1/2 of these teachers were anti-communist and they have presented a much more realistic picture of this story.

I want to repeat that Masaryk was an eminent person but a part of his success was due to the favorable external circumstances. It was just possible for him to establish and lead a free country that was singing all the time and that was happy. It could be much harder for him in the present world filled with leftist and Islamic hatred, idiocy, and hypocrisy.