The Pilsner deputies are going to vote about the honorary citizenship for Dr Peter Grünberg, a new Nobel prize winner, on their next meeting, probably November 15th. It shouldn't be surprising that such proposals can only be raised by big cats ;-), so I chose the mayor, Mr Pavel Rödl (ODS) and he liked the idea.


The rest is a translation of this article.

Pilsen associates itself with a Nobel laureate

PILSEN - The fresh Nobel laureate should soon become an honorary citizen of Pilsen. "By the following meeting, I will prepare a bill seeking honorary citizenship for this excellent scientist and I believe that the deputies will support my proposal. At the same moment, I am sending Mr Grünberg a congratulatory letter that invites him to our city," Pavel Rödl, the mayor of Pilsen, explains.

It is the first time when Pilsen may be proud about "its" winner of a prestigious award. The German physicist's roots are exactly in the region's capital. The fresh Nobel prize winner was born 68 years ago in Pilsen right before the war erupted. Until the post-war expulsion, he lived in the Dýšina suburb [English home page] with his parents.

LM: As a child, he ate a lot of topinka's (fried bread, toast) and played with Merkur.

A gift in the form of a pint with a personal dedication and a promised package of beer will reach the laureate from Pilsner Urquell. "If you decided to celebrate your success with friends, we will happily deliver our beer to your party," the largest domestic brewery intriguingly offers. The brewery has sent its own invitation for the winner. Peter Grünberg won the physics Nobel prize together with Albert Fert of France.

The pair managed to discover the GMR phenomenon that makes the modern computer hard disks possible. Employees of Škoda Holding's archive have revealed additional information linking Grünberg to the town of his birth. They found out that Grünberg's father has been working in Škoda Pilsen until 1941, with an interruption. 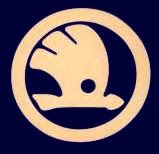 "Engineer Feodor Grünberg worked in Škoda from 1928 to 1932 when the Great Depression made him leave the factory," Ms Ladislava Nohovcová from the Škoda Holding's archive describes. However, Grünberg the father has returned to the company soon afterwards. "He was hired again in 1935 and resigned in 1941," Nohovcová adds.

In Škoda, Grünberg was working as a design engineer. Originally he contributed to production of vehicles, later he was focusing on work in the military division. He was an emigrant from Russia where he fought against Bolsheviks during the civil war. At the end of 1939, he acquired German citizenship. His family was expelled from Czechoslovakia in 1946. It is probably the father from whom Peter Grünberg inherited the technological aptitudes that he was developing at universities in Frankfurt and Darmstadt after the war.

His main scientific activity takes place in Jüllich where he has been working since the 1970s. Now he has reached the scientific Olymp when he won the Nobel prize last Tuesday.