Yes, this stamp is from East Germany. Click to learn more about him.

Dedekind was one of the mathematically inclined 19th century string theorists.


In mathematics, Dedekind studied the relations between rational and irrational numbers (recall Dedekind cut). He was one of the first people who appreciated the concept of groups in algebra and arithmetics. He investigated number fields, ideals, and many other aspects of number theory.

Dirichlet who essentially discovered D-branes 150 years before Polchinski was his close friend and Riemann was another contemporary. 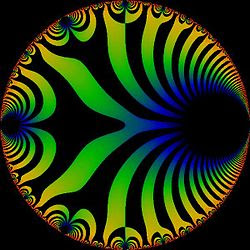