One of the quantities that was predicted to exponentially grow out of control - much like the global mean temperature, population, and other things - was the U.S. budget deficit. 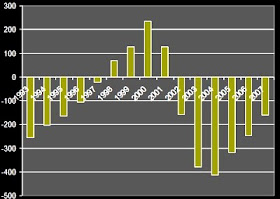