They have added quite many features and cities that you can view including the 3D models of all houses and other non-planar structures. Among them is Greater Boston, including Cambridge. 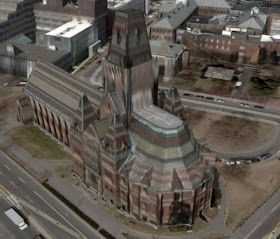 Figure 1: Click at the Memorial Hall to see a more detailed picture where the Science Center, Memorial Hall, Jefferson Lab, Terry Terrace, and 1 Chauncy are indicated. (The last two places is where I have lived for some time.)

Google Earth is still faster and smoother in some sense and it offers Panoramio, the photographs associated with places in the map, among other things, and various 3D models (plus the realistic but photograph-based StreetView of a few cities in maps.google.com), but Microsoft has certainly surpassed them in the quality of the three-dimensional models of whole cities.


It's just beyond my understanding how they create models of thousands of houses so that it works. I am sure it is automatized in some way but I don't fully understand how.

When you try maps.live.com and download the necessary software, be sure that you try tilting up/down, zooming in/out, and rotating left/right (didn't they exchange the two arrows? Or am I the only one who thinks about active rather than passive transformations?). The scenery is truly three-dimensional when you rotate it, tilt it, or zoom it.

If you right-click a scenery, you can also download 3DVIA that allows you to create and add your fictitious 3D models in between the real ones and offers a market of 3D models competing with Google 3D Warehouse. 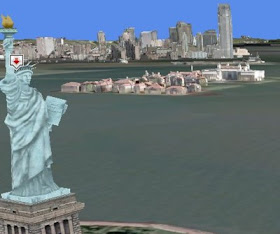