On his blog, Andrew Revkin from the New York Times discussed Hansen's description of coal-burning power plants as extermination camps. 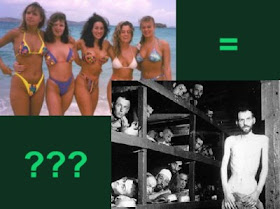 He reviews the very same formulations as we did. At the end of his text, Revkin reveals five questions that he has sent to Hansen:


It might be interesting - and probably shocking - to see Hansen's answers to Revkin's questions. I would expect something like that: