And a climate conference 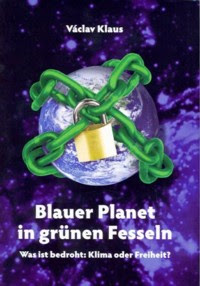 Czech President Václav Klaus (whose book "Blue not Green Planet" was just published in German) and Petr Mach, the boss of the libertarian CEP think tank, have organized a pretty cool climate conference in Prague, showing seven scholars who can be counted as climate skeptics. There were 500 people watching and it was aired live on TV which is why it wasn't a good idea for me to be semi-gravel-voiced ;-) but otherwise my talk went just fine. I don't plan to see the conference again through TV archives. :-)

My PPT/DOC contribution in Czech: science basics of the climate debate

The ČT24 channel has attempted to preserve the people's sanity and ability to think independently against absurd proclamations about the "climate consensus" that some people are trying to import into the Czech Republic.

With all my respect to all of us, the Czech and other Central European speakers, the last two speeches by Julian Morris and Michael Walker (in English) were simply a different league. They're professional speakers, after all. I have learned some new things during the day, including conversations at a fun dinner in Sherwood, and other people have learned things, too.
Luboš Motl v 11:57 PM
Share