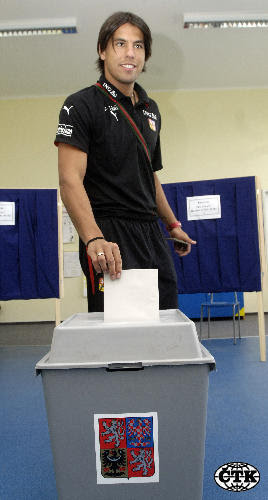 Athletes are often talented in many sports.

Milan Baroš, a Czech soccer player who plays in Lyon, France, managed to drive at 271 km/h on a French freeway limited at 130 km/h. The previous record in that region was set by a motorbiker in 2000, just 248 km/h.

The French cops have no understanding for good performance. They suspended his driving license for three years and took his USD 5 million car.

Too bad that it was Ferrari. If it were a different brand, such as a Mercedes, Milan Baroš could grab the empty spot after Fernando Alonso in McLaren. :-)
Luboš Motl v 8:04 PM
Share