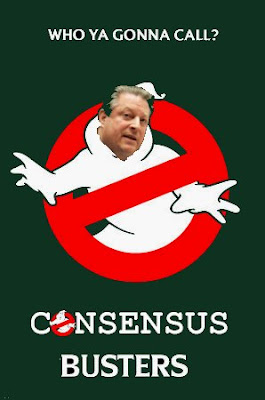 More than 400 scientists oppose the so-called consensus about climate change. Details of their statements, results, and links have been collected by James Inhofe's office.

As soon as a few more alarmists are caught, the ending will be approaching: look how the manbearpig jumps back and forth.

Chris Horner beats David Roberts and Alan Colmes in a discussion about the report. Mine is bigger than yours, Horner told Colmes, talking about the lists of scientists who actually endorsed something, and Colmes had to agree that Horner's is impressive.
Luboš Motl v 10:15 AM
Share