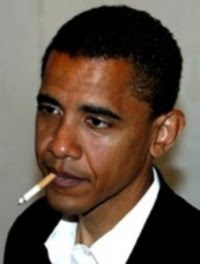 Barack Obama has won the Iowa caucus. But during the following day, he also won something equally important. A well-known radical environmentalist blog, DeSmogBlog, named him the SmogMaker of 2007.

How did Obama deserve it? Well, Jim Hoggan has explained that the Democratic voters have the right to expect a leading liberal candidate to be as extremist environmentalist loon as the editors of DeSmogBlog themselves. So Barack Obama was a huge disappointment for them. The targets that Obama proposes were not dramatic enough. Furthermore, Obama tries to help the coal industry which is not so shocking because it is a pretty important industry in Southern Illinois.

However, DeSmogBlog's soulmates at Climate Progress, together with George Moonbat and a few other thinkers of the sort, have criticized the award, claiming that DeSmogBlog was owing three apologies to Barack Obama. Climate Progress argued that no one else than George W. Bush has the right to grab the award as long as he lives in the White House. The criticism has had a big impact on DeSmogBlog. They first wrote:

... If Barack Obama offers any convincing counterpoint on his coal position, we'd be happy to "strip him" of this award. In the meantime, our position stands: he's spinning the American people on this issue.

However, a few days later, DeSmogBlog apologized the SmogMaker 2007 and stripped him of his title. The life of the moonbats is often entertaining.

Well, I think that Obama deserves the prestigious award and the mad guys at DeSmogBlog have no right whatsoever to steal the award from him. Barack Obama should sue them.