Update: The paper was withdrawn by the author. 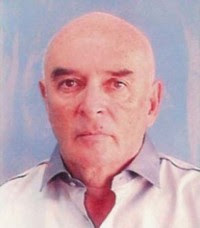 Lindelöf's hypothesis is true and Riemann's one is not, PDF

The proof of the negation of Riemann's hypothesis is presented as a corollary of a possible proof of Lindelöf's hypothesis that essentially says that the Riemann zeta function on the critical axis grows slower than any power law with the distance from the real axis.

Aizenberg strengthens Lindelöf's hypothesis and claims that zeta(sigma+it) goes like O(log(t)1/4), with a coefficient allowed to be sigma-dependent, for every 1/2 < sigma < 1, a statement that contradicts older papers that assumed Riemann's Hypothesis to hold.

It's not even clear to me whether Aizenberg would receive a megadollar for such an unexpected proof if it were shown correct. I encourage skillful TRF readers to nuke (or verify) the "elementary" proof.


Update: in the middle of page 3, when he integrates by parts, he probably forgets some absolute values in the inequality, namely one associated with (t-t0). That allows him to incorrectly strengthen the estimates. Indirect consultation: Peter Sarnak.

Nude Socialist has a decent article about a cute heterotic paper that we discussed in September and included in the top events of 2007, namely Triadophilia...

Channel 4, the British TV channel known from the Great Global Warming Swindle, is preparing a new show with a rather famous host. It is called Stephen Hawking: the master of the Universe (The Sun). String theory and supersymmetry will be included.
Luboš Motl v 2:53 PM
Share