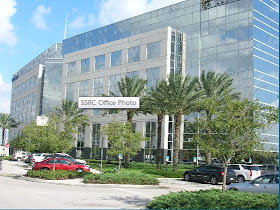 The Space and Science Research Center, an independent scientific research facility located in the nice building above in Orlando, Florida, has just announced

that it has confirmed research of NASA solar physicists. There are significant changes occurring on the solar surface. A decrease of the solar activity between 2010-2020 will lead to "solar hibernation" with the coolest temperatures reached around 2031, they say.


John Casey, the director, has "verified the cycles to well over 90 percent" and the new cold era is supposed to be a reflection of a 200-year cycle. Last time, during the 1793-1830 Dalton cycle, the reduced solar behavior cooled the planet. Now, I don't think that you should take the press release too seriously but it is fun anyway.

Notice that the first sun spot of the solar cycle 24, sun spot 980, may be starting to emerge.