Bobo joins the presidential race as the communists' candidate

Even if you don't care about Czech politics, this message could be fun for you. 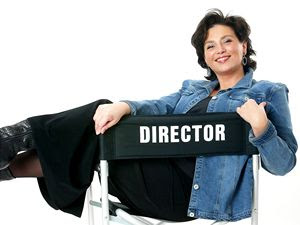 Mrs Jana Bobošíková, currently a right-wing independent deputy of the European Parliament and a former TV host, was just nominated as the third presidential candidate by the communist party for the election on Friday. ;-)

The German band Rammstein has already created a videoclip "Sonne" (Here Comes the Sun) about Bobo's visit in the communist club.


She wore a red dress and impressed them with its traditionally communist color and with her answers. She agreed with the communists (and your humble correspondent) that nuclear energy is great. The communists also hate the idea of a radar in Brdy hills, a component of the U.S. missile defense system, and she has prepared an original and apparently satisfactory solution of this puzzle: Czechia will build its own missile defense radar! ;-)

She has made it clear that she would continue to be conservative and the communists had no problem with it at all. :-)

Bobo is arguably more right-wing, and certainly more pragmatic (probably excessively pragmatic, according to the tastes of idealists such as your humble correspondent) than many Civic Democrats, including Václav Klaus himself. She proclaimed that it would be a hypocrisy to pretend that a candidate doesn't want to have anything in common with the communist club because all candidates dream about their votes. Well, it is technically very true. :-)

At the end of 2000, Bobo was chosen by the new director of Czech public TV, George Hodač (who had just returned from the U.K. after many years), to be the boss of the news section. While Hodač was a silent guy whose health wasn't ready for strikes, Bobo was always full of energy and self-confidence. Lazy, slow, politically correct, cliques forming, politics-hating employees of the news in public TV started to strike against their new bosses. As the de facto director of the Bobovision, she was able to fight against dozens of those people at the same moment. It's a woman who is full of energy and certainly doesn't need any positive discrimination. Quite on the contrary. :-)

Those old events had divided the Czech society and I was squarely on Bobo's side.

Later, she joined the European Parliament. Many of us didn't like how she presented her work in that institution as overly important and I didn't like her arguments with Vladimír Železný, the equally conservative ex-director of TV NOVA (i.e. her former boss) and a former fellow member of their "party of independents". 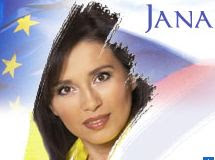 It is likely that during the election day, she will only receive some of the communist votes which is really insane, given her unambiguously conservative credentials. The communists do these crazy things because they want to show how much influence they have and they like people who are not ashamed to talk to them - and Bobo is not. She likes this co-operation because it is an honor for her - and a new cool achievement. She has already prepared her speech for Friday. ;-) And the country could benefit because her candidacy could steal some votes from Jan Švejnar who probably has no chance right now.

I hope that it won't really steal votes from Klaus so that a president can eventually be elected.

Incidentally, five of those Czech not-quite-conservative senators who supported Klaus have received bullets by snail mail. The anti-Klaus people in the Czech Republic are pretty much the same human waste as the Kossacks in the U.S. and their counterparts in many other countries.
Luboš Motl v 8:59 PM
Share