Many celebrities and folks who want to look green like to buy Toyota Prius these days. 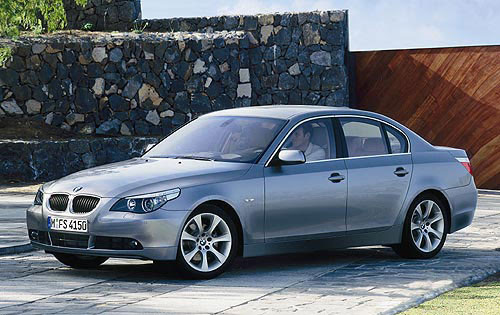 The Sunday Times organized a test and it seems to imply that Prius is just what it seems to be - a fashionable symbolic bubble for hypocrites that actually consumes more fuel than ordinary big cars and enjoys undeserved special rights on the superhighways.

On their trip from London to Geneva (plus 100 urban miles), the BMW pictured above played music and ran air-conditioning while the Prius driver turned off both as he tried to drive very carefully. Nevertheless, the BMW consumed 4.7 liters per 100 km (41.9 mpg) while the Prius has burned 4.9 liters per 100 km in average (40.1 mpg). Subtle BMW gadgets to save fuel seem to be more important than the hybrid core of the Prius as well as its 500 missing pounds.


The Prius driver was disappointed and plans to buy a V8 Range Rover and to open his own oil well in protest against the would-be environmentalist silliness that began to influence the car industry and traffic rules.