Disorder on the landscape

Their paper is somewhat similar to the papers about resonance tunneling and landscape percolation even though Podolsky et al. do not even cite the percolation papers despite the name of Henry Tye in the acknowledgements.

They also try to find preferred regions or points on the landscape. And they end up with the vacua with a small number of neighbors that could also be the Bouchard-Donagi heterotic model discussed yesterday (and a year ago). I intuitively feel that the right answer must be of this kind because these "individualist" vacua are special in a certain invariant sense. How are they led to similar conclusions? 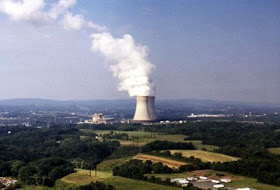 A disorder on the landscape

They investigate the evolution of the probability distribution on the landscape (including the information about the probability to measure a certain value of the vacuum energy). Assuming some built-in disorders on the landscape, their task turns out to be similar to problems known to condensed matter physicists, especially those who like random media.

Now, Philip Andersson, a physics Nobel prize winner, is a passionate enemy of string theory. But one of the rules of science is that Nature doesn't and can't prevent your enemies who also study Her to find your results relevant for their enterprise. ;-) And the enemies are not guaranteed to fully avoid the results of their field's enemy either!


So the final step that Podolsky et al. have to make to end up with their conclusion is to find Anderson localization on the landscape which completely changes the dynamics of eternal inflation, relatively to the Bousso-Polchinski sector, especially in the sectors of the landscape with the Hausdorff dimension of the tunneling graph (a quantity related to the number of independent types of decay instantons or domain walls) smaller than three. This condensed matter phenomenon - the absence of diffusion of waves in random media - is very similar to the slowdown of the diffusion of the probability ways in the "individualist" corners of the landscape.

I am convinced that some people should study these "individualist" vacua with as small as possible a number of neighbors, decay channels, or types of decay channels regardless of the precise justification of their special role simply because special things deserve a special treatment. In physics, people have often started with "minimal", "simplest" theories - such as pure general relativity with the Einstein-Hilbert action - even though they didn't exactly know the reason (renormalization group, in the case of simple actions, which was not known to Einstein). It seems that the "individualist" vacua are the best landscape counterpart of the "minimal" theories from the past.

That's where I see the light and that's where the keys should be looked for. ;-)

These authors use methods of dynamical renormalization group and classes of type IIB vacua with a couple of Klebanov-Strassler throats. Although I don't quite understand what it means to treat the probability distribution on the landscape as a function of time and whose time it exactly is - and despite superficial similarities of the paper to some purely anthropic, dull papers - I think that they present quite a lot of new physics that could turn out to be relevant for the vacuum selection problem.

There is one general feature that makes this paper (and a couple of others) much more sensible and attractive than generic, dull anthropic papers. It actually cares about the transitions between the vacua. These transitions induce generalized "kinetic terms" that are guaranteed to influence the "cosmological dynamics", independently of the right way how the measure should be ultimately defined. The dull anthropic papers only count the vacua which is similar to a field theory without any kinetic terms. Once you appreciate the quantum tunneling as a generalization of kinetic terms, the "individualist" points and places naturally become more stable and gain a significantly higher measure in the probability counting. They are special, after all. Nature is searching for simplicity as long as the word simplicity encodes a valid feature of the physical laws.

You know, instead of some metaphysical quotas and anthropic pseudolaws, I like real physical laws such as the proportionality between the force and the acceleration, or the principle of stationary action, the continuity law for the stress-energy tensor, the Klein-Gordon equation, or the Maxwell-Boltzmann distribution. If you find these concepts too abstract and you don't see why they're so physical, I hope that this figure will help you. 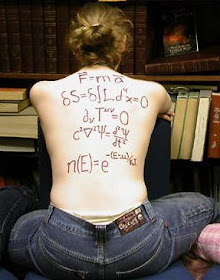