James Pethohoukis (U.S. News) talks about the positive impact that the global warming regulations are supposed to have upon the economy, according to Obama and Clinton. 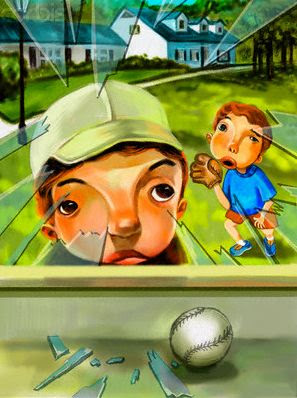 William Pizer, an IPCC economist, is quoted as being skeptical about the benefits of these "green-collar jobs" and similar inventions. In fact, the statements that the carbon regulation would be good for the economy is a modern example of the

In a 1850 essay by Bastiat, a small boy breaks a window. They sympathize with the good shopkeeper until they realize that the event will create work for the glazier who will also have to buy shoes from the cobbler and bread from the baker. Everyone should therefore be happy. Right? ;-)

Not really. Such a calculation only includes the positive impact of the broken window and completely neglects the negative impact. More precisely, all these happy things will be paid from the shopkeeper's wallet. He will lose. He won't be able to buy new shoes or an extra bread for himself. So the cobbler and baker will have roughly the same profit but the shopkeeper will lose the price of one window which is approximately equal to the net loss induced by the bad behavior of the little boy.


The case of the green industry is analogous. Of course that there will be new, narrow segments of the industry that will benefit. But because people will be forced to buy these green products, they won't be allowed to buy old-fashioned, alternative, cheaper products. As a result, the green businesses will make as much profit as their predecessors did but their customers will be able to afford less. Similar kinds of regulation simply cannot be good for the overall economy, for the whole society.

Commercial break: A peer-reviewed study in Geophysical Research Letters (Monaghan et al., funded by NSF and DoE) shows how much the lack of an Antarctic warming disagrees with the climate models. The trends differ by a factor of 2.5 - 5. Yahoo News, ScienceDaily.

Can wars be useful? Well, I think that it depends whom you count to the "overall economy". I guess that if you don't count the nations that will actually be damaged by the weapons, there can exist a net profit for the nation that produces the arms. For example, Adolf Hitler was able to end the crisis in Germany of the 1930s. When you count everyone, then, of course, people generally lose assets in wars, don't they?

But is the profit from arms races for the national economy substantial enough that it would justify an "artificial" production of weapons, in order to support the economy? I think that the answer is obviously No. From the economic viewpoint, you can arrange a similar system with an analogous impact on the economy. But instead of the weapons, the government can produce something more useful - for example, new DVD players, bridges, or subway stations. Or whatever. In such a case, it is probably possible to prove that the benefit will be higher than in the case of the "artificial" arms races.

And even if the government produces useful things, such a policy is probably only useful during crises when the unemployment is high. Otherwise it is nothing else than a transfer of a part of the economy under the government's wings which is generally a bad thing. 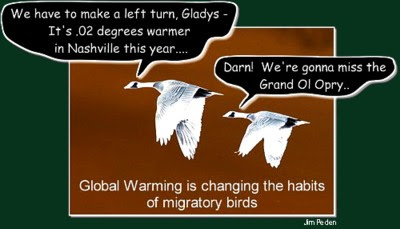 The people who say that some of these green policies would be good for the overall economy are usually close to the "special corner" of the society that benefits, unlike the rest. For example, I didn't tell you that the little bastard from the parable was glazier's son. In a similar way, Barack Obama is probably damn close to bastards such as Al Gore who are ready to tell you that we will benefit. Well, they will benefit and others will lose (more than how much they will benefit). When you think about these matters, it is important not to confuse the bastards with yourself or with the whole society.