The Guardian informs us that according to an annual review published by BP today, the world oil output fell from 2006 to 2007. 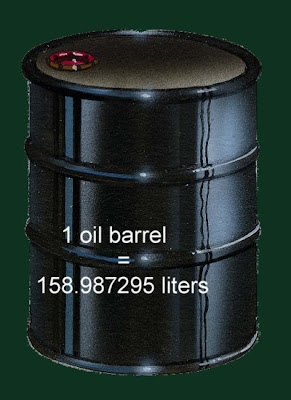 Figure 1: an oil barrel. You often hear about it but did you know how it looks like? ;-) It still costs less than USD 1 per liter which is like the cheapest beer brands.


Now, the "peak oil" theory claims that a catastrophe occurs when the maximum rate of petroleum production is reached. Well, chances are that we are already there. Or maybe not. ;-) The first problem we obviously encounter is how to determine whether we are there or not. Why?
And I would like to emphasize one more point:
Now, in the simple theory, the oil price is going to rise (approximately) exponentially. Is it true? We don't know. Even if it is going to rise exponentially, it is not such an unusual development. Prices of many other things increase exponentially. For products that we consume, this exponential increase is called inflation. All these functions are "polluted" by a lot of mostly unpredictable "noise".

What matters is the rate of the increase. In the past decade, the oil prices grew 1.25 times a year (in average), i.e. by 25%, ending up 1 order of magnitude above a minimum reached 9 years ago or so. The rate accelerated in the last year. But are you sure that the price would continue to increase by 25% or 40% a year? I am not sure even though it is conceivable, to say the least.

Oil price could reach USD 250 soon - the Gazprom chief says that it will while the BP boss says that it won't - but it could also drop to USD 50 either before that or soon afterwards. Commerzbank predicts a peak of the oil price at USD 150-170. You never know and if you do know and if you earn a lot of money by your speculations, you're just a damn lucky bastard (even if you may bribe others to say that you are more than lucky)! :-)

The number "42 years" sounds very finite - and environmentalists should be happy that we will only be "ruining the Earth" for 42 more years (the temperature in the last 42 years grew roughly by 0.2 °C) but we should realize that the figure is the ultimate minimum.

Cutely enough, the people who claim that oil consumption is lethal - because of global warming - are usually the same people who are warning us that the remaining oil reserves are small. These two "warnings" directly contradict each other. But people like Alexander Ač don't care about logical contradictions - what they care about are their goals.

In fact, the proven reserves are about 42 years every year. It seems almost certain that the total oil reserves are more than twice as large, Richard Pike calculates by properly weighting the conjectured oil reserves by the probability that they exist. On top of that, new huge oil reserves are found approximately twice a decade and old oil fields are continuously upgraded.

For example, last month, Iraq claimed to be the world's #1 oil superpower with as much 350 billion barrels. A few days earlier, the communist bastards in Venezuela added 30 billion "proven" oil barrels, reaching 130 billion proven oil barrels in the country. The latter increase itself - 30 billion barrels - corresponds to 1 year of global oil production/consumption!

Furthermore, a completely new 12 billion-barrel Kazakh field was found in 2000 and a 5-8 billion-barrel field in Tupi, Brazil was found half a year ago. These events increase the perceived oil reserves by 1% or 0.5%, respectively. A week ago, the North Sea reserves jumped from 30 billion to 37 billion barrels. On the same day, it was announced that Croatia's oil reserves probably match those of Kuwait (!!!) although they are harder to access. Two days later, the reserves in Bualuang, Thailand were upgraded from 7 billion to 11 billion barrels. Not a bad week.

And be sure that they're not the only discoveries of the kind. Similar events are likely to keep the official figure of "42 years" constant (or increasing) for quite some time. In fact, it is more reasonable to interpret the figure "42 years" as the "psychological" time scale that the oil producers want to think about in their strategic reviews rather than a "physical" constant of Nature.

Sometimes, the official figures may also decrease but such a decrease occurs substantially less often than an increase.

The events in the previous paragraphs should convince you that it is preposterous to interpret the estimates of oil reserves as an exact science. This statement doesn't mean that the correct number "doesn't objectively exist". But there don't exist methods to find out the exact value and the qualitative answer "we probably have one century or several centuries of oil left" is as good for practical purposes as the results of more "rigorous" procedures.

King coal and his kin

Moreover, all the numbers above are about "oil oil" only. There are other carbon-based resources. As the oil price increases, coal is going to return to many places of our life. With its 4.5 percent growth of consumption in 2007, coal was the fastest growing "fuel" for the fourth consecutive year. The coal-to-oil price ratio dropped by a lot, despite Peter Shor's theory that these ratios are constant and it is only the value of money that fluctuates. ;-)

As Larry points out, the figures behind the reserves don't include tar sands and shale oil either.

At any rate, the current oil price is (already?) annoyingly high: people begin to protest in many countries. All the sensational solutions that may make us independent of oil are 10 times more profitable than they were a decade ago. If you discover a new set of technologies to replace oil, you may earn 10% of the world's GDP. ;-)

If that's not enough for you and other wise guys, it might be a good idea to at least admit the possibility that no magic solutions exist at this moment and no left-wing government is going to "social-engineer" such a solution (certainly not Hugo Chávez's government!). ;-)

On the other hand, I am confident that such a solution will exist in 42 or 84 or XY years. Such a new solution will materialize because of a simple combination of two factors: genuinely profound breakthroughs in technology (or even science?) and the new prices that will make less profound technologies more economically acceptable.

There is no good reason to try to speed up or to slow down the activity that will eventually lead to new solutions.
Luboš Motl v 5:03 PM
Share