CERN: LHC getting ready next month

During the next month, the LHC collider could be capable to collide particles. It is expected that in August, around the Strings 2008 conference at CERN, the first beams will actually be injected into the rings. They plan not to collide the protons until October. 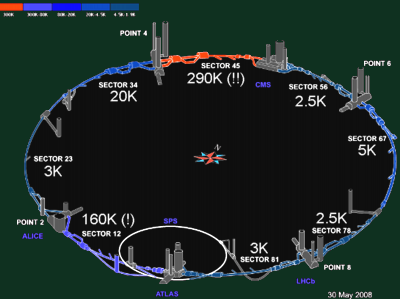 Among those eight sectors, only one (45) was pleasantly warm one month ago when the posting was first submitted. The numbers above are no longer correct. The 45 sector cooled from 290 K to 50 K during the last month. The sector 12 went from 160 K to 5 K. The sector 34 went from 20 K to roughly 3 K.


The remaining sectors have been extremely cool - close to ready (1.9 K) - for months. Click the pictures for a story and the LHC website, respectively. Finally, I recommend a simple but cute 3D model to all users of Google Earth. 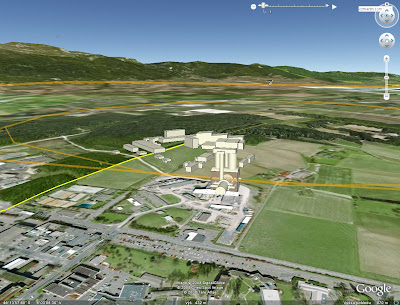 The construction is artificially elevated above the ground. The deepest and most complex building is probably the ATLAS detector near the Southern "corner" of the circle.