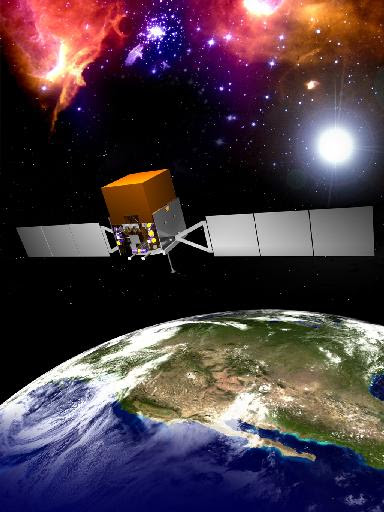 One second ago, GLAST, the Gamma-ray Large Area Space Telescope, was successfully launched from the Kennedy Space Center in Florida (Google News).

It should look at the Universe in the gamma-ray region of the electromagnetic spectrum. The gadget should be able to do various things, for example to observe gamma-ray bursts, solar flares, and the annihilation of the particles of dark matter (such as supersymmetry's neutralinos?) if this process is possible.

Among the less important applications, the telescope is able to falsify all Lee Smolin's theories of quantum gravity and to prove that Lee Smolin, who predicts that special relativity is a failure, has never been a serious worker in the field.
Luboš Motl v 6:05 PM
Share