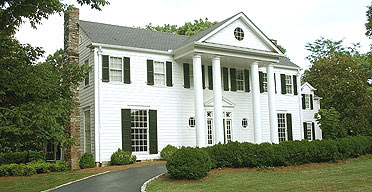 At the end of 2007, Gore claimed that the electricity consumption was reduced by 10%. But what is the actual result?

The actual outcome is that his electricity consumption increased by 10%. Since the renovations in Summer 2007, Gore's empire devours 17,768 kWh a month in average, much more than 100 times the consumption of your humble correspondent's home.

This story is an example how hypocrites have always worked. The most successful ones may earn USD 100,000,000 by downright fraud and lies. They pay USD 16,533 for renovations whose only goal is to fool everyone.

The resulting change of the electricity consumption is positive but millions of people are so stupid that they award prizes to the moral junk of Gore's type instead of putting these megafraudsters into the prison.
Luboš Motl v 6:44 AM
Share